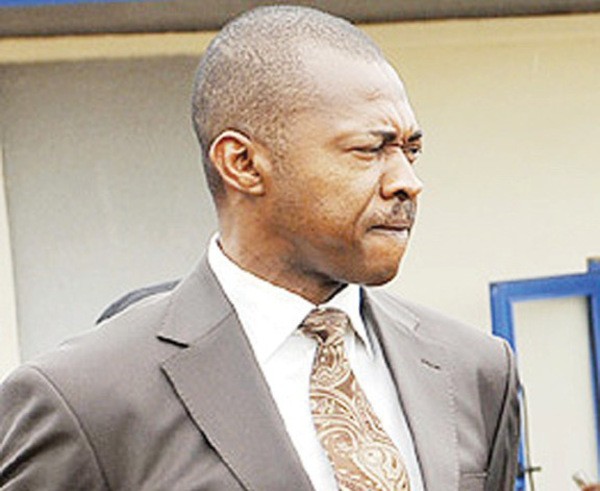 The governor is facing impeachment threats barely three weeks to the end of his tenure in office.

He had been expected to complete two terms of four years on May 29, having first won election as governor of Enugu State in 2007.

However, another group of lawmakers loyal to Chime countered the impeachment move by ‘suspending’ Odoh, and electing a new Speaker.

The Odoh-led lawmakers, who resolved to serve an impeachment notice on Chime at a sitting which held in the legislative chambers at 6.30am, accused the governor of gross misconduct.

It was gathered that the police had initially tried to stop the lawmakers from sitting.

The 14 lawmakers specifically accused Chime of forging a N12billion supplementary budget in 2012.

The Clerk of the House, Mr. Christopher Chukwurah, was directed to serve the notice on Chime without any delay.

The Odoh-led group also moved against some of the governor’s key loyalists in the assembly, including the Deputy Speaker, Chime Oji, who was recently elected to represent Enugu North/South Federal Constituency in the National Assembly.

Oji, who is related to the governor, was suspended alongside Hon. Emeka Ogbuabor and Deputy House Leader, John Ukuta, for allegedly working against the interests of the House.

Following the sitting, the lawmakers removed the mace, in an apparent bid to forestall any attempt by the pro-Chime camp to counter the impeachment move.

However, barely 30 minutes later, the Chime loyalists, including Deputy Speaker Oji, Ukuta and Deputy Governor-elect, Mrs Cecilia Ezeilo, the running mate to the Peoples Democratic Party (PDP) governorship candidate in the general elections, Ifeanyi Ugwuanyi, held their own sitting with a different mace.

At the sitting, the Chime-loyalists suspended Odoh and some members of his camp, including Anichukwu Nwankwo, Okechukwu Nwoke, Paul Ogbe, Nze Michael Onyeze, Chika Eneh, Theresa Egbo and the House Leader, Sunday Udo-Okoye.

Odoh and the other principal officers among the suspended lawmakers were promptly stripped of their positions and benefits.

Following the ‘vacuum’ created by the suspensions, the Chime-loyalists nominated Hon. Chinedu Nwamba, the member representing Nsukka East constituency, to be sworn in as the new Speaker of the House.

Also, they recalled the Chairman of the Finance and Appropriation Committee, Hon. Johnbull Nwagu, who was suspended by the House for allegedly colluding with the executive to delay the payment of the lawmakers’ overhead allowances.

Nwagu, who had been on suspension, was immediately invited to join the pro-Chime group, bringing their number to nine.

Meanwhile, the Speaker, Mr Eugene Odoh, has described his purported impeachment by the nine-man faction of the lawmakers as legislative recklessness and impunity.

Odoh said that he was still the speaker of the assembly.

He noted that the action of the Chinedu Nwamba group was illegal, unknown to law and unknown to democracy.

“The status quo remains. I am still the speaker. It is only two-thirds of the 24 lawmakers that can impeach or suspend the speaker and only eight of them cannot suspend or impeach the speaker.

“It is true that they formed a quorum but a quorum cannot impeach the speaker,” Odoh said.

He said he was being persecuted for not signing a forged supplementary appropriation for 2012 which the governor allegedly wanted him and the clerk of the assembly to sign in 2015.