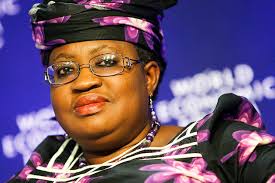 There seems to be no end in sight for the lingering fuel hike that has recently hit the country despite N156 billion subsidy claim, paid by the Federal Government to the independent oil marketers.

This is coming just as Dr. Ngozi Okonjo-Iweala, the Co-ordinating Minister of the Economy and Minister for Finance, has refuted the claim of an outstanding N200.2bn subsidy arrears by the marketers after the government had already paid N156bn out of N287bn owed to them.

According to the minister, the subsidy arrears balance based on Petroleum Pricing Products Regulatory Agency’s (PPPRA) template is estimated to about N131bn.

She said, “The government had paid N156bn recently, N100bn of the principal payment that we owe them and then we paid N56bn interest rate and some remaining exchange rate differentials. Prior to that, we have just paid N31bn exchange rate differentials. So at the time we paid that last week, what we had outstanding is N98bn. Every week, the Petroleum Products Pricing Regulatory Agency sends data and that is what government only subscribes and certified as what is due to marketers.”

As a result she has further advised the President-elect, General Muhammadu Buhari, to end all the various deals the Federal Government currently has with the importers. According to her the oil marketers have turned themselves into cartel milking the wealth of the nation. She further charged the marketers to be sincere and patriotic in their claims in the interest of the nation.

Meanwhile the marketers had claimed that the subsidy arrears owed by the Federal Government is estimated to about N354,4bn.

According to Thomas Olawore, the Executive Secretary, Major Oil Marketers Association of Nigeria, MOMAN, the government had paid N154.2bn out of N354.4bn. He noted that his members are expecting the government to balance N200.2bn.

Further indication emerged that an estimate of N500 billion was paid to the marketer within five months, this amount included over N300 billion in two installments in December 2014 and N31 billion in interest differentials recently.

Hallmark also gathered that the government paid N6.354 trillion as subsidy for petroleum products within the past six years of the administration of President Goodluck Jonathan.

In 2010, a total of N673 billion on subsidy, rising significantly to N1.3 trillion in 2011, before being revised upward to N2.19 trillion by the Ministry of Finance, after arrears were paid in 2012 for products consumption in 2011.

In 2012, the sum of N888 billion was allocated in the budget, but in December a supplementary budget of N161.6 billion for payment of arrears of fuel subsidy was submitted by the president and later approved by the National Assembly.