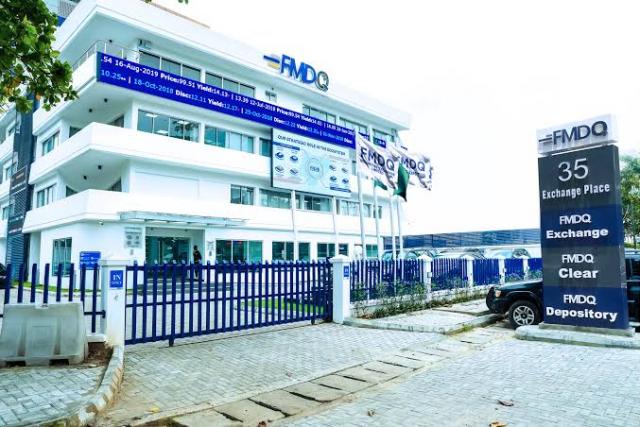 With the implementation of the FMDQ Securities Exchange derivatives market development project on its platform nearing completion as recently announced by the exchange, investors are few steps away from new frontiers of investment.

An exchange traded derivative is a financial contract that is listed and trades on a regulated exchange and have become increasingly popular because of the advantages they have over over-the-counter (OTC) derivatives, such as standardization, liquidity, and elimination of default risk.

The Exchange had in 2019 unveiled plans to roll out the first derivative products in the first quarter of the year 2020. According to a report in The Guardian of August 20, 2019, titled: ‘FMDQ targets derivative products in Q1 2020, plans equity trading’, this is in addition to a concluded arrangement to expand product offering, including equities trading.

Also, the Exchange had earlier announced a successful transition from an over-the-counter (OTC), securities exchange with focus on debt instruments to a fully integrated Financial Market Infrastructure (FMI) group.

The managing director and chief executive officer of FMDQ, Mr. Bola Onadele, said in Lagos at the time that the Exchange was targeting companies in the Fintech, agriculture, and housing/infrastructure sectors as well as other sectors that are either under-represented or not represented in the already existing equities exchanges for listing.

According to him, the Exchange would kick-off with the equities segment of the market as soon as companies begin to demonstrate interest in accessing the capital market through the FMDQ platform.

However, the latest disclosure about the derivatives market was made during a recent capital market correspondents Academy Derivatives Market Webinar series themed; Understanding Exchange Traded Derivatives Market which was held in Lagos on Tuesday.

Speaking during the event, the Vice President, Market Architecture at the FMDQ, Jumoke Olaniyan, said the project started about two and half years ago as the exchange saw the need to introduce derivatives into the capital market.

Olaniyan noted that exchange traded derivatives can be used to hedge exposure or speculate on a wide range of financial assets like commodities, equities, currencies, and even interest rates while adding that the global market is now moving in the direction of derivatives.

She noted that the gross market value of OTC derivatives which provides a measure of amounts at risk, rose from $11.6 trillion to $15.5 trillion during the first half of 2020, led by increases in interest rate derivatives.

According to her, with the introduction of derivatives, the government could leverage the products to hedge against crude oil prices.

“The exchange derivatives space remains to be tapped by the government. We have a 91 per cent focus on OTC derivatives while it is 9 per cent on the part of the exchange traded derivatives and the globe is now shifting to this aspect due to the fact that it performed impeccably well during the global financial crisis.

“It is this form of exchange that is being implemented by the FMDQ in which we have been working on its implementation status which is now in Phase II.

“Once it is introduced and takes off, it would present an opportunity for our own government to leverage on traded derivatives and use it to hedge risks. In actual fact, the capital market needs derivatives to hedge against market volatilities”, Olaniyan said.

Also commenting, the Group Head, Derivatives Market Group, FMDQ, Oluwaseun Afolabi, noted that with the introduction of the derivatives market development project, there will be an increased participation by local and foreign investors and market liquidity.

“Derivatives are needed in the market as it will bring an increase in the secondary market liquidity, efficient capital allocation and risk management, financial system stability, market transparency, market sophistication, human capital development and economic growth”, he said.

In furtherance of its product and market development mandate, FMDQ has instituted an education programme for the Nigerian financial market stakeholders such as governments, regulators, operators, investing public, media and students in support of its sustainability strategy and corporate vision.

The FMDQ Academy is positioned to drive the Exchange’s sustainability by rallying financial market participants in alignment with FMDQ’s product innovation and market development agenda.

In 2018, the FMDQ OTC Exchange marked its 5th anniversary as an exchange in the fixed income and debt capital market space in Nigeria, in an event that attracted eminent personalities and notable players in the financial market.

It was an opportunity to reflect on the journey of FMDQ formed by the Financial Market Dealers Association in 2013 and licensed by the Securities and Exchange Commission.

Former Emir of Kano and former governor of Central Bank of Nigeria (CBN) who was the special guest of honour while speaking on his expectations in the next five years stated that his vision for the FMDQ OTC exchange had always been for it to be at the core of activities, in the international financial market.

The then Emir also made a case for the exchange to look at how it can serve as a platform that can transform savings from current accounts in the financial market, to long term bonds and funding that can address infrastructure issues and areas like the education sector.