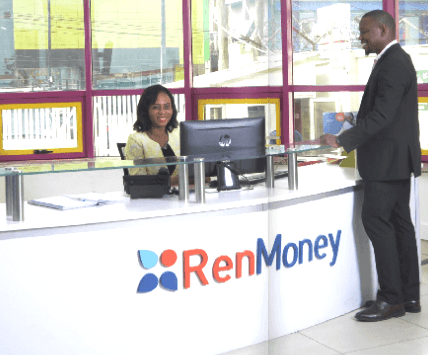 Fintech companies have become an emerging investment hub not only in Nigeria but also in the entire Africa continent according to findings by BusinessHallmark.

Fintech has made large inroads into Nigeria, South Africa and Kenya, as they have benefited immensely from venture capital.

A report released last March by French venture capital (VC) firm Partech Africa found that at least 33% of total funding raised by African tech startups last year was in the fintech sector, with a total of 42 deals accounting for $379-million.

In 2018, this newspaper learnt that five Nigeria’s fintech startups raised over $50-million. They are -Mines, Flutterwave, Paga, Paystack and Lidya, against South Africa’s Jumo and Yoco collective which raised over $80

-million. However, 2019 was a  bumper year for fintech startups as they made some big deals. Fintech companies such as Kudi, TeamApt and OneFi all raised notable investments of at least $5-million each.

Paga was said to have raised $10-million in a Series-B funding in 2019. The founder and Chief Executive Officer of Paga, Tayo Oviosu, recently disclosed that the mobile payment company recorded over $2 billion worth of transactions in 2019 across all markets as it served the banked and unbanked communities in Nigeria.

Oviosu made this disclosure via his Twitter account. According to him, the $2 billion transactions were aided by over 14.4 million customers utilising the company’s platform. This makes it $6.6 billion worth of transaction processed by Paga since it went commercial in 2012.

Paga is a platform that enables its users to make payment and receive money digitally without Papertrail or ATM visit. The company currently has over 24,000 agents offering Paga services across rural areas in Nigeria. Any individual with a mobile phone can conduct transactional activities using Paga’s platform mobile wallet.

The growth of Paga has been stunning in the last eight years. Apart from being the largest payment fintech company, Paga recently announced that it hit N1.5 trillion in August 2019, a record described as “a major milestone for Paga.” by Oviosu.

Flutterwave on its own raised $10-million  in 2019, while Mines reportedly raised $13-million also last year — although both have Nigerian founders, the companies are based in the USA.

The Nigerian payments startup Paystack was founded in 2015 by CEO Shola Akinlade and CTO Ezra Olubi. In August 2018, the startup announced that it had raised $8-million in a Series A funding round led by U.S. payments company Stripe. The deal was one of the biggest by an African tech startup in 2018

The startup, which has offices in both Lagos and San Francisco, enables Nigerian businesses to accept Mastercard, Visa and Verve cards.

In addition, the startup also supports payments through mobile money transfer services. The startup claims over 17 000 organisations use its platform. Paystack charges 1.5% and 3.9% on local and international transactions, respectively.

Crunchbase estimates that the Lagos-based startup has raised up to $9.5-million in funding through five rounds since its launch. In 2016 the startup raised $1.3-million in seed funding from several investors including Comcast Ventures, Singularity Investments, and Tencent.

The startup made history in 2015 when it became the first Nigerian startup to be invited to join Y Combinator’s Accelerator programme.

Fintech startup Kudi is set to expand its network of bank agents in Nigeria and launch new financial products. This, after the startup last April announced that it had raised a $5-million Series-A round led by Paris-based venture capital firm Partech.

The startup provides users with financial services that include payments, money transfers and cash withdrawals.

Kudi was founded in 2016 by CEO Adeyinka Adewale and CTO Pelumi Aboluwarin with its first product going to market in 2017. Partech said the round — which according to this U.S. Securities and Exchange Commission filing is likely to have commenced in March — brings Kudi’s total investment since inception, to $6.7-million.

The startup currently has an agent network of over 4500 merchants and processes over $30-million in payments a month. Last year the startup was among one of 12 startups selected to join the first Google Launchpad Accelerator Africa class.

The startup was also selected as a finalist in both the 2017 Ecobank Fintech Challenge and 2017 AppsAfrica Innovation Awards.

TeamApt – which is based in Lagos and was founded by Tosin Eniolorunda in 2015 — supplies financial and payment solutions to Nigeria’s largest commercial banks — including Zenith, UBA, and ALAT.

The company said it planned to use the funds to expand its white label digital finance products and pivot to consumer finance with the launch of its AptPay banking app.

In a report also in January, a Nigerian daily said the investment is historic, as it is the first deal involving a Nigerian VC which has crossed the $5-million mark in funding technology startups in the country.

Since it was founded, TeamApt has signed up 100,000 Nigerian businesses and currently serves three million customers and processes monthly transactions valued at $160-million.

In March 2019, Lagos- based finance company OneFi announced that it had acquired payments solutions startup Amplify for an as yet undisclosed amount.

Lagos -based Amplify said the deal which took effect on 1 March will see OneFi add Amplify’s assets, trademarks, as well as the fintech’s flagship products AmplifyPay and mTransfers to its portfolio.

It’s been a busy year so far for the startup. In the same month it announced that it had secured a $5-million debt facility from New York and Nairobi-based debt platform- Lendable. OneFi said the investment would be used to deploy more loans on its consumer facing mobile platform Paylater. The platform also helps users transfer money, recharge airtime and pay bills.

OneFi was founded in 2012 by CEO Chijioke Dozie and director Ngozi Dozie. OneFi has raised a total of $13.8-million in venture capital. OneFi said that since launching Paylater in 2016, the consumer facing platform has deployed over $60-million across 750 000 loans — approving over 1500 loans daily at an average of $80 per loan.

In 2017, Paylater was one of three African startups selected to join the fifth class of Google’s Launchpad Accelerator. In the same year, the platform was also one of 20 finalists of the Ecobank Fintech Challenge. Last year, Paylater was one of five finalists in the fourth edition of the AppsAfrica Innovation Awards.

Lidya’s platform assists small African businesses to manage their funds as well as access credit. The startup was founded in 2016 by Ercin Eksin and Tunde Kehinde.

In May last year the startup announced that it has raised $6.9-million in a Series-A round led by Silicon Valley-based philanthropic investment firm Omidyar Network. The deal was one of the biggest by an African tech startup in 2018.

At the time Lidya said the funding would be used to scale operations in Nigeria, as well as to launch in new markets in Africa, in addition to hiring more staff and expanding the company’s loan book. Since its launch, Lidya claims it has provided over 1500 loans to business operating in retail, farming, tech, hospitality, and logistics.

In 2017 the startup which is a participant of the MasterCard Start Path Programme raised $1.25-million in a seed round led by Accion Venture Lab.

The automated savings platform, Piggybank.ng announced in June last year that it had raised $1.1-million in seed funding. The $1.1-million investment was led by LeadPath Nigeria co-founder Olumide Soyombo. Two venture capital firms, Village Capital and Ventures Platform, also participated in the round.

The platform which targets low-income Nigerian millennials was founded by Somto Ifezue, Odunayo Eweniyi and Joshua Chibueze in 2016. Last year’s round follows the $50 000 seed funding that the startup received in 2017 from Village Capital.

The company, which helps its 53 000 users, known as Piggybankers, save about $55 per month, claims it has recorded between 20% to 35% growth in users.

Piggybank.ng’s platform is free to anyone and users can save from $1 a day. Users get to restrict withdrawals until an agreed date. Alternatively, users can withdraw their savings on a quarterly basis, whereby savings are drawn outside of the agreed day attract a five per cent early withdrawal fee.

Savers can expect to earn on average six percent per annum on automated savings or 10.95% per annum on the fixed deposit product, Safelock where they can withdraw funds once per quarter.

The startup has participated in several accelerator and business development programmes, including Google Launchpad. On the whole, the burgeoning fintech sector of the economy has received a major boost from venture capital. And this year looks good for fintech companies.

Speaking on the rapid rise of fintech on the nation’s financial ecosystem, Ambrose Omordion, chief research officer at Investa told this newspaper that “the rise of fintech has transformed the payment system and financial ecology in a way never seen before, and going forward it is a healthy development for the economy. This year, we are going to witness an influx of venture capital in the template of fintech.”