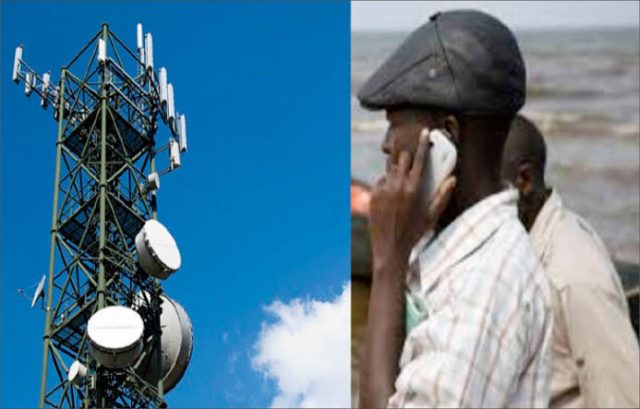 The Federal Government made N127.03billion from Value Added Tax on calls, SMS, data, and other information and communication services in the first six month of the year.

This is 10.69 per cent of the total N1.19trillion that was collected as VAT within the period under review, according to data from the National Bureau of Statistics (NBS).

The government charges 7.5 per cent for the consumption of telecommunication services.

Speaking on the contribution of the sector in the second quarter of 2022, the NBS said, “In terms of sectoral contributions, the top three largest shares in Q2 2022 were Manufacturing with 33.08 per cent; Information and communication with 18.98 per cent; and Mining & quarrying with 10.60 per cent.”

The information and communication sector comprises of the activities of telecommunications and information services; publishing; motion picture, sound recording and music production; and broadcasting according to the NBS’s grouping for Gross Domestic Report.

It contributed N4.84trillion to the nation’s real GDP and N7.94trillion to its nominal GDP. To calculate the sector’s contribution to the economy, the NBS considers, “Telecommunication and Information Services: Gross Output: revenue from telephone, telex, Facsimile, telegraph, and other income from satellite and internet services.

“Intermediate consumption: details of the cost structure of market participants which include transportation fees, operational expenditure, minor repairs and maintenance.”

According to the government, it aims to improve efforts aimed at improving VAT coverage and collection. Considering dwindling oil revenue, the government has increased efforts at increasing tax revenues. Despite contributing a chunk of VAT revenues, the government recently made moves to add a five per cent excise duty on telecom’s services which would have increased telecoms consumption tax to 12.5 per cent.

Although, the plan has been suspended, the Minister of Communications and Digital Economy, Isa Pantami, revealed that the sector pays a total of 41 taxes.

“Excessive taxation has been a central challenge of the Information and Communications Technology sector”, the minister stated.