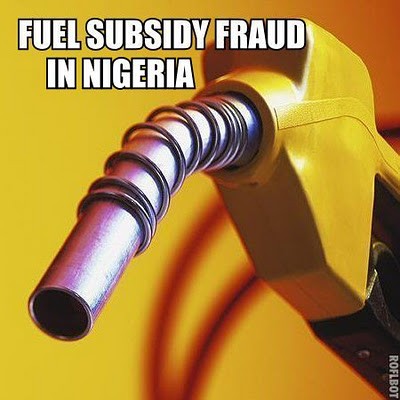 The suspension of the planned removal of petrol subsidy in Nigeria has become a subject of discourse among industry experts who hold various opinions on the development.

The federal government, through the Minister of Finance, Budget and National Planning, Zainab Ahmed, had announced the suspension of the planned petrol subsidy removal.

Speaking during a meeting held at the National Assembly in Abuja on Monday, the Minister said the suspension is till further notice.

While some of the industry experts, who spoke on Tuesday queried the federal government’s will, to reform the oil and gas sector, others opined that the country’s current economy was not ready for the implementation of the Act.

Dr Muda Yusuf, former Director-General of the Lagos Chamber of Commerce described the development as a policy somersault especially as it concerns the PIA.

“This is another instance of policy somersault. It also reflects the absence of political will to reform the oil and gas sector. This has been the struggle over the past few decades. Perhaps there are entrenched and powerful interests working against the PIA,” he said.

According to him, the development would further discourage investors who were willing to invest in the sector by the virtue of the industry Act.

“These forces have succeeded in upturning a major economic reform program. It is a sad development. This would further aggravate the political and policy risk of investing in Nigeria.

“The oil and gas sector is one sector that has been starved of investment for several decades because of policy and regulatory issues,” he said.

He further speculated that implementation of the Act may not commence during the tenure of the current administration.

Similarly, Michael Faniran, an Oil and Gas Policy Management Consultant said although the burden of fuel subsidy has continued to put a strain on the national economy,” the corruption opportunities under the fuel subsidy regime have also been established by the government itself.”

He stressed that the issue of policy somersault by the government would destroy investors’ confidence in the PIA.

“Some investors would have been planning to take advantage of deregulation as provided in the Petroleum Act that was signed recently and the subsequent pronouncements by the FG to remove subsidy.

“Reversing this now means the provisions of the PIA would not be trusted by investors, since the Government could wake up any day to reverse any of the provisions.”

Meanwhile, Paul Alaje an Economist with SPM professionals opined that Nigeria was not ready for implementation of the Petroleum Act considering the current state of the economy.

He said FG’s failure was further aggravated by the inoperative four refineries the country has.

His words: “The PIA envisaged that Nigeria would be a serious country but unfortunately we have passed the PIA but have refused to make at least one refinery work. Government sit on four refineries not one of them is working and government keep saying that if they continue to fund subsidy Nigeria will collapse, it is government revenue that will collapse.”

He said although subsidy removal was desirable, its removal at this time would amount to taking foreign exchange risks.

“As much as I want subsidy to be removed, you cannot subsidize and allow Nigeria to be faced with exchange rate risks. In 2010 the exchange rate was barely a hundred Naira. Imagine if the exchange rate in 2010 was the same rate today, are we even going to talk about subsidies at all? As a matter of fact, Nigeria will be buying PMS lower than they are buying it today.

“We are paying subsidy because of poor economic management that is why the exchange rate will continue to fluctuate,” Alaje stated.

He said already, the country currently ranks low among other country in terms of ease of doing business.

Harry who expressed disappointment at the development added that this would further dampen morales of would-be investors who were already gearing up to key into the opportunities unlocked in the PIA.

“This will no doubt send us a little bit backward because a lot of investors, operators of the different segments upstream, Midstream, downstream are already gearing up to key into the PIA. So I don’t think it is in the best interest of Nigeria.”