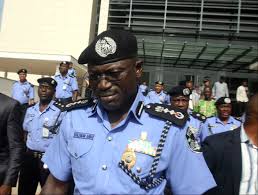 The former Inspector General of Police, IGP, Suleiman Abba was fired due to his disloyalty to the incumbent President Goodluck Jonathan. Hallmark reports that the former IGP’s sacking was announced today, April 21 by Reuben Abati, the presidential spokesman in a press release issued at Abuja.

Though no reason was given for his sudden removal and replacement with Deputy Inspector General, Solomon Arase, however Hallmark sources disclosed that Abba was removed due to the way he started running after the President-elect, Muhammadu Buhari shortly after the elections.

Despite been appointed by President Jonathan, Abba’s conduct since the presidential election has become an embarrassment not only to Jonathan’s group, but also to Buhari, said a competent Aso Rock source.

For instance, sources said that the sacked IGP was visible at the International Conference Centre, Abuja during the issuance of return certificate to the President-elect, Buhari which is against protocol.

Also since the election, Hallmark gathered that the former IGP has switched loyalty to Buhari and the All Progressives Congress (APC), a development that got Jonathan upset. “So he (Jonathan) had no other option than to fire the IGP unceremoniously, said Aso Rock sources.

The acting IGP, Arase until his appointment was DIG in charge of Force Criminal Investigation Department. He holds Bachelors and Masters Degrees in Political Science and Strategic Studies. He is also a fellow of the Nigerian Defence College.