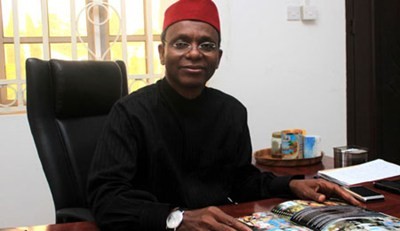 Kaduna State Governor-elect, Malam Nasir El-Rufai, has vowed to probe the utilisation of N2.7 billion for Subsidy Reinvestment Programme (SURE-P) in the state.

El-Rufai in a statement by his media aide, Samuel Aruwan, said attempt by Governor Mukhtar Yero to secure the approval of the state assembly to withdraw the money would have serious consequences.

“I have been aware of desperate attempts to secure approval to spend N2.744 billion SURE-P funds less than two weeks to its (state government) exit and to spend 50% of the money on the Kawo road project while the 23 local government councils will share the balance.

“As governor-elect, it is my duty to caution every official involved in these last-minute deals that the incoming government will ensure that there are consequences for illegal conduct, breach of trust and stealing of public assets.

“While I await the formal submission of the committee’s report, I am compelled to publicly affirm that we cannot and will not turn a blind eye to bad behaviour,” El-Rufai said.

The governor last week forwarded a request to the state House of Assembly to approve the release of the money to complete ongoing projects across the local councils.

Already, 14 members of the assembly last Friday kicked against the move, vowing to frustrate the effort.

The Deputy Minority leader, Aminu Shagali claimed at a press conference that already, the lawmakers, had at an executive session resolved not to approve the proposal.

“Even though an attempt was made to discuss the issue and pass the bill by the assembly, a resolution was made during an executive session that the funds should not be appropriated and disbursed.

“We hereby state categorically that we are not a party to such financial recklessness and dissociate ourselves with the move,” Shagaliku said.