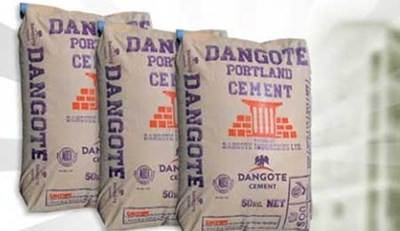 Nigeria’s largest cement producer, Dangote Cement has announced a gross profit of N74.7 billion for the three months ended 31st March 2015, indicating an increase of 10.5 percent over N67.63 billion recorded in the same period in 2014.

Group cement sales volumes was up by 3.4 percent to 3.8 million tonnes driven by contributions from South Africa, Senegal, Cameroon and new lines in Nigeria.

The margins from Nigeria increased by new pricing, improved gas supply and more use of coal. Dangote Cement Plants are now operational in Zambia and Ethiopia.

The new plants are expected to impact positively on the financials of the cement giants.

Speaking on the first quarter results, Chief Executive officer, Dangote Cement, Mr.  Onne van der Weijde, said: “Our African projects are now beginning to deliver revenue growth for the Group and even at this early stage we are seeing good potential in all the countries into which we are expanding.

Senegal has made an excellent start, Cameroon is poised for a strong entry into an exciting growth market and Sephaku Cement is clearly shaking up the South African market as the first new entrant in many years.”

“Although sales fell in Nigeria, we improved both revenues and margins thanks to pricing actions in December following the collapse of the oil price and currency devaluation.

We are making a significant investment to improve our logistical capabilities and I am pleased to report a much more favorable fuel supply in the first quarter of 2015.”

“We have invested for growth in Africa and each new factory that opens will generate good returns for shareholders as we deliver on our promise to become Africa’s leading cement company.”