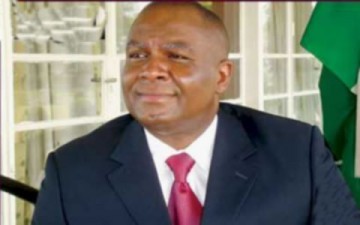 The Economic and Financial Crimes Commission has pleaded for more time to amend its court papers in the trial of a former Governor of Enugu State, Chimaroke Nnamani.

Nnamani, his erstwhile aide, Sunday Anyaogu, and six companies have been standing trial since 2007. They are being tried by the Economic and Financial Crimes Commission for allegedly laundering a sum of N5bn, believed to be proceeds of unlawful conducts.

The trial judge, Justice Mohammed Yunusa, had on March 25, 2015, granted an application by the EFCC to separate the trial of the ex-governor from that of the six companies.

The commission had opted to try them separately in order to prevent their assets from being eroded as the entire trial had dragged without much progress over the last seven years due to Nnamani’s ill health.

Nnamani, who contested the April 11, 2015 election but lost the bid to represent Enugu East Senatorial District, had on occasions taken court’s permission to travel abroad for medical treatment.

His lawyer, Mr. Rickey Tarfa (SAN), said his client was suffering from complications of a heart surgery which he had had to undergo.

At the resumed proceedings on Monday, the EFCC prosecutor, Mr. Kelvin Uzozie, sought for an adjournment to be able to amend the court papers in line with the move to commence separate trial.

As the request was not opposed by Tarfa, Yunusa consequently granted the prayer and adjourned till May 19, 2015, for continuation of trial.

Judges who have handled Nnamani’s trial since it began in 2007 include Justice Tijani Abubakar, who handed it over to Justice Charles Archibong. Archibong presided over the trial until his retirement.

The ex-governor and his co-accused allegedly lodged the laundered N5bn in a secret account, with the aim of concealing its source.

The accused also allegedly failed to comply with the lawful inquiry by the EFCC.

The offences were said to contravene the provisions of the Money Laundering (Prohibition) Act, 2004 and the EFCC Act, 2004.