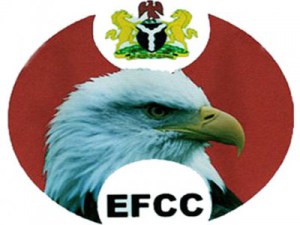 They were first arraigned before Justice Hussein Baba-Yusuf, with the case number FCT/CR/64/2012 in 2013 on 20-count charge bordering on conspiracy and criminal breach of trust.

They were then arraigned alongside Esau Dangabar, who died on July 24, 2019 in the course of hearing.

In view of Dangabar’s death, EFCC on October 17, 2019 filed a motion before the court for amendment of charge with a view to removing the name of the first defendant from the charge.

EFCC told the court that the further amended charge was in pursuant to Section 216 and 218 of the Administration of Criminal Justice Act (ACJA).

The defendant could not take their plea as counsel for the third defendant, Earnest Ikeji, drew the attention of the court to the inclusion of the name of John Yakubu Yusufu, who was convicted for the crime in 2012.

On resumed sitting of the case , the prosecuting counsel, Mr Oluwaleke Atolagbe, urged the court to admit the further amended charge dated and filed on Feb. 17.

He prayed also that the charge be read to the defendants for them to take their plea.

When the 18-count further amended charge bordering on conspiracy, criminal breach of trust, receiving gratification and disobedience of government directive was read to the defendants, they all pleaded not guilty.

EFCC alleged that the defendants conspired between January 2008 and June 2011 to commit criminal breach of trust by public officers in respect of the sum of N20. 1 billion.

The offence the anti graft said was punishable under Section 97 of the Penal Code Act Cap 532, Laws of the FCT, Nigeria 2007.

They were also alleged to have between January, 2009 and June, 2011 knowingly disobeyed the order contained in the Federal Government Treasury Circular dated Oct. 22,2008 lawfully promulgated by the Accountant-General of the Federation.

The EFCC further alleged that the defendants converted N20.1 billion belonging to the Police Pension Office to their own use.

This offence is punishable under Section 309 of the Penal Code Act Cap 532, Laws of the FCT, Nigeria 2007, among other charges.

Following their not-guilty plea, Atolagbe asked for date for continuation of trial, which was not opposed by all the counsel for the defendants.

Baba-Yusuf then adjourned the case until March 25 and April 21 to April 22 for continuation of hearing. (NAN)