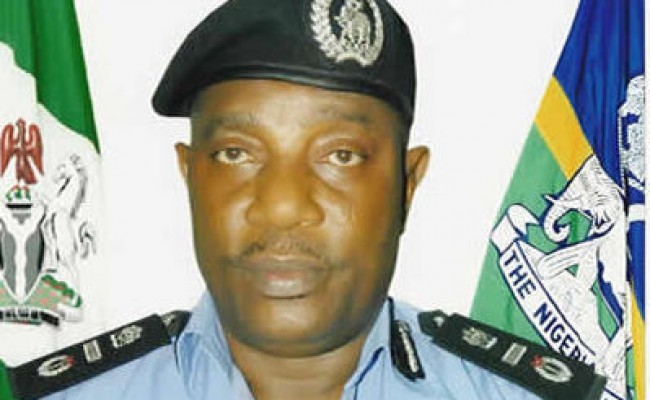 Edo State government has committed a whopping N200 million to the renovation of the dilapidated Ogida Police barracks, as part of government’s efforts to boost the morale of policemen and their families resident in the barracks.

The state governor, Comrade Adams Oshiomhole, announced the government’s plan at a reception organised for the Inspector-General of Police, Mr Solomon Arase, in Benin City, to celebrate his elevation to the exalted position of the nation’s number one policeman.

Oshiomhole while addressing the guests which included former Inspector-General, Mike Okiro; former Deputy Inspector-General, Parry Osayande; traditional rulers from across the state, clergymen and other distinguished Edo citizens across party lines that filled the hall to capacity to identify with and celebrate the Inspector-General said, “On behalf of the government and people of Edo State, I want to congratulate Mr. Solomon Arase on his appointment as the number 1 policeman in Nigeria, the largest country in Africa.

“We are very proud as Edo people of the fact that in Nigeria geopolitical equation, we are regarded as a minority but God in his infinite mercy has directed and touched the heart of our leaders to go for merit and one of us, strictly on the basis of merit, is today the Inspector-General of Police.”

While pledging the Edo State government’s support to the Nigeria Police Force and calling on the Federal Government to follow suit,  Oshiomhole said, “to support you, my comrade, even at this hour when many state governments are not able to pay salaries and are asking for bailout, I want to show that we appreciate you by committing Edo State taxpayers’ N200 million to renovate the Ogida Police Barrack so that it can wear red roof, have tiles in the room and modern beds.

“It is a small token to show that in asking the Federal Government to support the police, we Edo State is leading by example. So I want to urge the federal lawmakers to appropriate adequate funds to the police force to enable them not only to rebuild their barracks but also to invest in their welfare.”

Oshiomhole continued, “I think that the Nigerian police sometimes is the most misunderstood institution and my hope is that under the present leadership and given the commitment of President Muhammadu Buhari for change, that change will include changing the fortunes of the Nigeria police, making more investment in their training, remuneration and welfare so that our men and women in uniform can be motivated and have what it takes to stand and do their job without fear or favour.

“I know that the Inspector-General has the will and determination to rebuild the police force in a way that Nigerians will be proud of.  I hope we all will give him all the support he needs to persuade the parliament and the executive to provide the resources he needs to reposition the Nigerian Police Force.

“Nigerians are now more conscious about security because we now know that without security, nothing else matters. Even the poor needs security even in their poverty because the problem of even the poor is compounded if they feel unsafe”.

The governor while stressing the importance of the celebration said, “We have always produced the best brains when Nigeria need brains. When there are challenges that require courage, intellect, resourcefulness and doggedness, Edo State has always been in the map.

“So when we celebrate Solomon Arase, we have several reasons to do so because we were almost there but couldn’t make it due to conspiracy at home and abroad but this time, all those negative forces were defeated and your son is the number one policeman in Nigeria.”

The governor also used the occasion to eulogise the sterling leadership qualities of the president for believing in commitment, merit, intellect and diligence irrespective of party or politics.