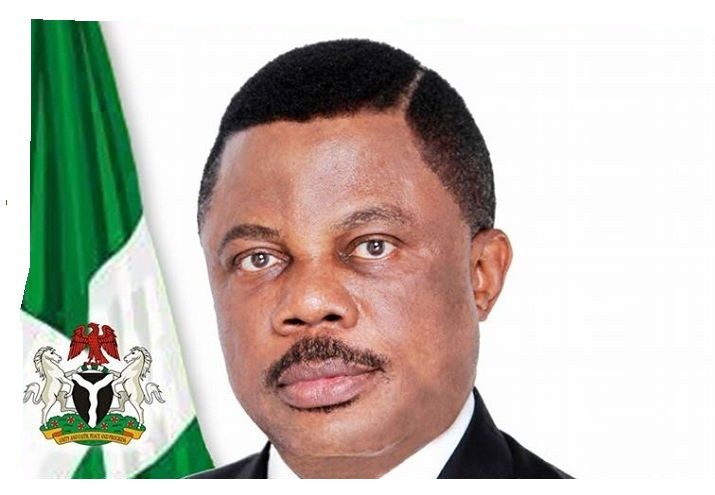 The All Progressives Grand Alliance (APGA) fought a good fight to retain power in Anambra state last month. Should the result have been different, and it easily could have been, it would have marked the beginning of the end for the party.

Power of incumbency, emotional attachment to APGA among the Igbo, rifts within the Anambra PDP and general dislike for the APC were some of the factors that combined to ensure that Governor Willie Obiano achieved a landslide victory at the November 18 polls. His victory will ensure that, at least for the next four years, APGA will remain in charge of a state and thus retain a measure of significance, especially in the South East

However, when looked more critically, APGA is a party with a very uncertain future. It is a party that has continued to stagnate for a long period, and nature does not accommodate stagnation; it is either you progress or you regress, and APGA now seems ever more likely to do the latter.

Since the party’s formation in 2002 by Chief Chekwas Okorie who also acted as its pioneer chairman until he was forced out by Chief Victor Umeh, APGA has largely remained an Anambra affair for very obvious reasons.

Chief Okorie, in founding APGA said he was motivated by a strong desire to found a national political party based on Igbo initiative hence the motto: “Onye Aghala Nwanne Ya” (Let’s be our brothers’ keepers). In line with this philosophy, the late Emeka Ojukwu was encouraged to join the party.

Ojukwu being a widely recognised and respected Igbo leader, once he came on board and became APGA’s presidential candidate in 2003, he immediately became the face of the party and this in no small measure helped to endear it to many Igbo.

APGA was loved; it was to be the pride of the Igbo. Igbo political leaders, both in PDP and elsewhere offered moral and financial support.

During the general elections of 2003, APGA governorship candidates were widely popular in the South East: Mr. Peter Obi in Anambra, Barr Ugo Agballah in Enugu, Dr. Ezekiel Izuogu in Imo, Barr. Chief Onwuka Kalu in Abia and and Barr. Sylvester Oduko in Ebonyi, but PDP the ruling party maneuvered the electoral process, thus ensuring that its candidates won in all the states.

However, in Anambra, a rift between Dr. Chris Ngige who emerged governor and his then godfather, Chris Uba paved the way for Obi to reclaim his mandate in 2006. Anambra then became an APGA state and has remained so.

A stake in Anambra offered a strong foothold for APGA to emerge in the South East. Sadly, instead of evolving a broad vision in this regard, some opportunists aggressively began to hijack the party in the state. Okorie who is from Abia, was forced out by Umeh from Anambra which meant that both the governor and the party chairman became Ndi Anambra.

Gradually, the vision of APGA as an Igbo centric party began to diminish as it largely assumed the status of an Anambra party.

But the party had one saving grace. Ojukwu was still in the picture – his influence ensured that the party remained appealing across the South East. In 2011, Governor Rochas Okorocha rode on this appeal to power in Imo, but later opted for APC. He was always going to do so.

In 2012, Ojukwu passed away and although he remains in the heart of many Igbo which is why APGA in Anambra continues to hang on to his name for leverage, his presence is missing and his appeal therefore, minimal. Thus, while the fact that the party’s leadership had been restricted to Anambra may not have mattered so much whilst Ojukwu was alive, it does so now.

In Enugu and Ebonyi presently, APGA is non-existent. In Imo, it only exists in the fringes because of people like Captain Emmanuel Iheanacho and Martin Agbaso; same as in Abia because of Dr. Alex Otti.

In 2015, Otti as APGA candidate was widely voted for, but lost out to the PDP machinery. However, it must be said that his popularity was generally because of his person, PDP’s alleged failure to deliver in the state and the outright rejection of APC.

APGA’s fast eroding popularity in the zone requires that the party takes conscious effort to stem the tide. Unfortunately, it continues to carry on with mindless insensitivity.

Presently, both its national chairman, Chief Victor Oye and national publicity secretary,  Chief Ifeatu Obi-Okoye; the two most visible positions in a political party, are from the same Anambra.

The fact that there is an ever present mutual suspicion among various groups in the South East must be kept in view, and Anambra particularly is seen to always want to dominate. It is this perception that is causing tension at the Catholic Church in Ahiara Mbaise, where despite the people of Mbaise having the highest number of Catholic priests in the South East, indeed in Nigeria, an Anambra indigene was appointed as their Bishop.

APGA cannot afford to give itself away as a tool for Anambra imperialism, which is what it is doing so far by restricting relevant positions to the state. It will only serve to restrict it to an Anambra affair, which it has largely become. And in the event that it loses Anambra which is very possible in 2021 with Obiano completing second term, the party would fast fade into the abyss.

This Newspaper believes that the only way to save APGA is to immediately begin moves to establish strong presence in the South East, and the best way to start will be ceding chairmanship and other key positions to other states in the zone. If Governor Obiano and his man, Umeh are wise, they should strive to bring Chief Okorie back to the party.

If these steps are not taken, and urgently too, APGA may not survive Obiano in Anambra.