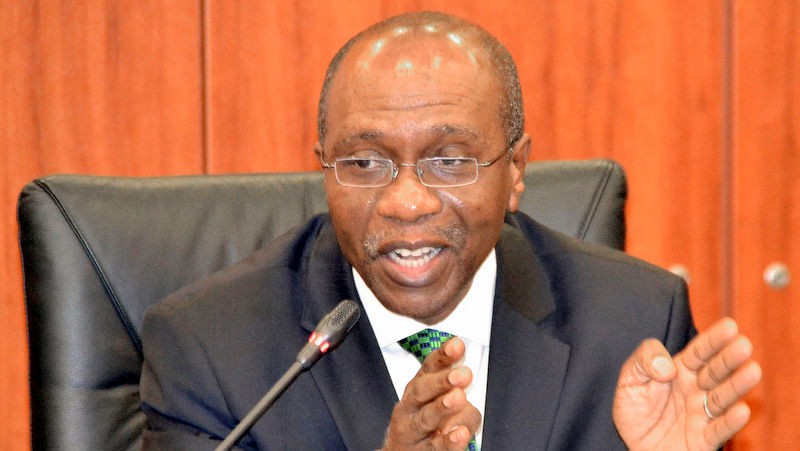 So far Nigeria’s principal banking regulatory body, the Central Bank of Nigeria (CBN) has done a fair job of maintaining financial stability. Broad economic indices have headed in the right direction since the beginning of the year. At the height of economic recession, for example, the country’s gross domestic product growth fell -0.7 per cent in the first quarter of 2016 to -2.3 per cent at the third quarter and ended the year at -1.7 per cent. The economy’s negative growth continued into the first quarter of 2017 when GDP grew at -0.5 per cent, but this ended the blues as the second quarter of the year saw a revised annualized quarterly growth rate of 0.72 per cent. A recent Statistics Bureau (NBS) report puts third quarter GDP growth at 1.4 per cent, should we do a song and a dance? Certainly not. Although the economy has shown signs of recovery, most of that has been attributed to God, good fortune, a rise in international oil prices or a combination of all three, but not policy. Indeed the CBN’s high interest rate environment has left Nigerian corporations hanging on the last thread of their lives, as their workers get pink slips terminating their jobs like wedding bands being showered with confetti.

The CBN of course justifies the high interest rate regime by pointing out that it has resulted in stabilizing the foreign exchange market at N360/$ while also dragging inflation by its coattail from a lofty 18.72 in January 2017 to 15.91 per cent in October. The bank’s Governor at a recent interactive meeting with stakeholders assured that the CBN was on course to bring inflation down to single digits by the second half of 2018. This is dangerous. What the governor seems to be suggesting is that interest rates are likely to remain at double digits for at least another eight months. This could have dire consequences for growth, employment and the electability of the APC government in 2019. It is instructive to note that while Emefiele cooed glowingly about the success of the regulator in calming consumer price increases he remained deliberately (and some would say cynically) silent about the growing levels and rates of domestic unemployment. With the country graduating over one million students from tertiary institutions annually and the economy growing at less than one per cent per annum on an annualized quarterly basis the future is bleaker than the picture painted by the CBN boss.

Nigerian businesses are dying and the banks, despite their flowery financials, are in dire straits. High interest rate environments are by definition high risk environments. The high cost of money reflects a high probability of default, therefore when banks lend many of them have reverted to what behavioural economists call a ‘default mode’. A turn of thinking in which it is presupposed that the loans granted will not be repaid. The cost of lending builds into this bias and therefore creates a self-fulfilling prophesy in line with Sod’s law that whatever can go wrong actually does turn out badly. Nigeria cannot hope to grow in a sustainable manner if private businesses are denied access to capital or are permitted access at prohibitive rates. No nation has been able to grow a robust economy with double digit lending rates. The lower interest rates are and the easier the access private entrepreneurs have to capital or credit the faster the growth of industry and commerce and the lower unemployment of labour.

Business Hallmark newspaper believes unrepentantly in the workings of competitive markets and supports the principle of asset and resource allocation on the basis of relative scarcity but this newspaper cannot reconcile itself to the deliberate policy of the CBN to keep inflation low by keeping interest rates high, especially in an economy with excess labour capacity and high domestic inventories. The late economics Professor Milton Friedman’s argument that inflation is always and everywhere a monetary phenomenon has since become standard textbook theory, but in the short term with excess production capacity the Friedman equation that relates money supply to price is inapplicable because at low base industrial production output with major excess capacity the impact of monetary expansion would first be felt on production and not price. Friedman’s argument becomes more persuasive the closer the economy is to full employment in the medium to long term, a far cry from Nigeria’s current situation.

We therefore, urge the policy wonks at the CBN to reduce the monetary policy rate (MPR) by at least 200 basis points or 2 per cent, they should bring down MPR from 14 per cent to 12 per cent per annum, as cash reserve ratio is reduced from 30 per cent to 25 per cent thereby allowing greater credit expansion and a gradual fall in bank lending rate to support industrial and commercial growth. With a population growth rate sprinting ahead at a threatening 3 per annum and GDP shuffling along at less than 2 per cent (actually 1.4 per cent as at the last quarter), GDP per capita has gradually fallen as consumer spending wanes and manufacturing output sputters to a deathly stall. While nobody doubts the good intentions of the CBN, Nigerian’s must, however, insist that they will not be crucified on the cross of the monetary authority’s morbid fear of price increases, just as only the living can enjoy the breaking of the dawn only the physically present can take pleasure in lower price levels. Dead men do not care about inflation.