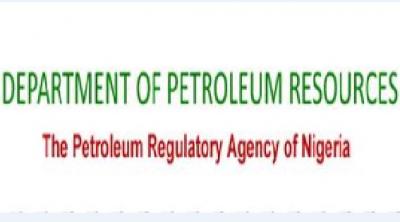 The Department of Petroleum Resources, DPR, has warned filling station owners against activities of fake DPR officials. The DPR spokesman, Mr Mohammed Saidu, gave the warning in a statement yesterday.

Saidu warned that there is a desperate attempt by some fraudsters to extort oil marketers and tarnish the integrity of the Department. He noted that some individual have taken advantage of the fuel scarcity to defraud some unsuspecting marketers, adding that this caused overpricing of fuel in some areas.

“The outcome of this scarcity has caused us a lot where people now parade themselves and go to filing stations extorting money from marketers in the name of DPR.”

He said the fraudsters were going around filling stations to deceive the marketers that they could sell at any amount they wanted as long as they settled them.

“That is why we are still having this problem of over pricing in some of the suburb areas within the Federal Capital Territory. Marketers must be wary of fraudsters that claimed to be DPR officials who visit filling stations to harass them.

He, however, explained that DPR officers on assignment always go with official vehicles clearly marked as `DPR`.
Saidu stressed that all marketers are supposed to know this because “we don’t allow our officials to go to filing stations with their personal vehicles.

He said the fraudsters did not even stop at that but also created a parallel website with that of the DPR, claiming that DPR was recruiting for ExxonMobil.

“There were a lot of fake appointment letters from Chevron, Mobil and so on.
“We want to warn Nigerians that before they deal with DPR, make sure you are dealing with the right official by identifying himself.”

He said that DPR had written to all the multinational companies and issued a counter claim, adding that part of it was meant to sensitise Nigerians on how to deal with those fraudsters.

“Meanwhile, we are working closely with relevant security agencies to track and bring to book all those behind these nefarious activities,” said the spokesman