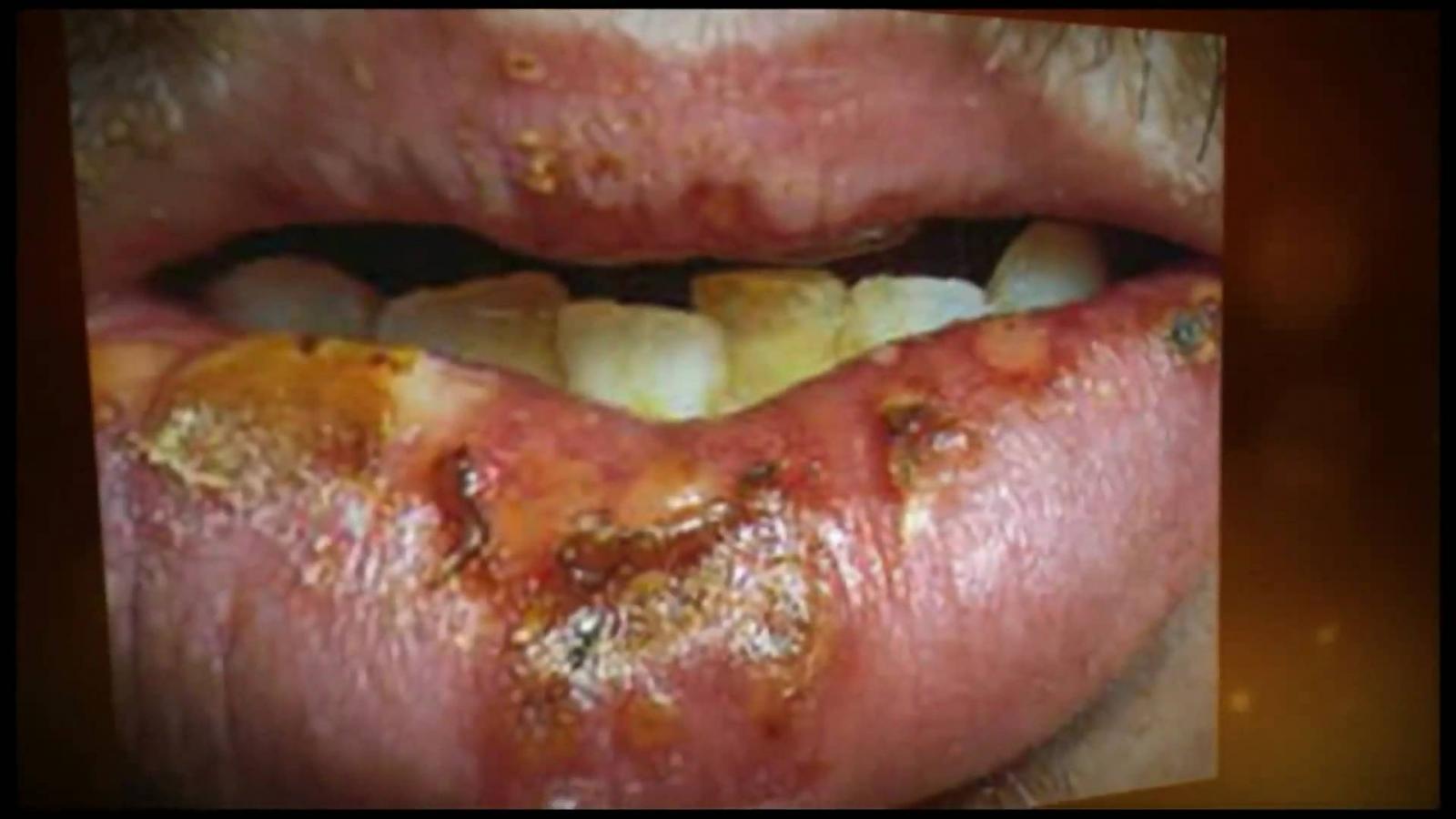 A wide range of health conditions ranging from sexually transmitted infections to chronic diseases can affect fertility in both men and men, experts have said. Sometimes something as simple as high fever which is associated with discomfort and  body weakness may impede optimal functioning of the reproductive organs albeit temporally, but the commonest and most virulent cause of infertility are sexually transmitted infections(STIs).

The worst culprits when it comes to STIs that affect fertility are the trio of Gonorrhea, Chlamydia and Syphilis.

Symptoms of gonorrhea include burning sensation while urinating, whitish yellowish discharge, and swollen testicles though sometimes the symptoms go unnoticed when it is first contacted. Individual.

Symptoms of Chlamydia as outlined by Dr Joseph Akinde, a gynaecologist include, pains during urination, swelling of the testes, discharge in men and in  women,  abnormal vaginal discharge, burning sensation when urinating, lower abdominal pain, low back pain, pain during intercourse and spotting(bleeding between periods). All these symptoms  come one to three weeks after intercourse with an infected person or much later . Dr Akinde revealed: “ When you take a sample of the discharge, in case of Gonorrhea, you will be able to culture it but in Chlamydia, you won’t be able to. Routine test cannot identify the causative organism, so you need a special test.”

According to  www.nhs.uk.com, symptoms of syphilis, include painless sore or open around the genitals, lips, mouth  tonsils, fingers or buttocks at the primary stage(10 days to three months after first contact). At the secondary, a non-itchy skin rash on the palms of the hands or soles of the feet, small skin growths on the vulva or around the anus, flu-like symptoms such as tiredness, headaches, joint pains and fever and swollen lymph glands  and  weight loss. It progresses to the latent stage, where the syphilis infection  shows no symptom though can still be passed on. At the tertiary stage, it can manifest as stroke, dementia ,paralysis, blindness, deafness, heart disease, skin rashes and even death.

According to Dr Akinde, syphilis causes ulceration of the genital tracts in both sexes(painless sore on the penis or the vagina or anus. The ulcer heals up after about six weeks and is followed by symptoms like a sick feeling including a fever, headache, rash, sore throat and swollen glands. If left untreated for many years, syphilis can cause serious complications such as infertility, problems with the  heart, blood vessels, bones and the skin.

STIs as a public health concern

In Nigeria, there are little or no official statistics on the trio of Gonorrhea, Chlamydia and Syphilis as cases are underreported.  Most patients do not report to hospitals but resort to self- medication due fear of stigma or high cost of healthcare. Many of them patronize quacks and charlatans who experts fear, further complicate their fertility chances.

How they affect fertility

These infections are known to cause structural damage to the reproductive system in both men and women, thereby posing dangerous threat to fertility. They could go undetected for long or lead to acute symptoms, chronic infection and serious delayed consequences such as infertility, ectopic pregnancy, spontaneous, stillbirth, and deaths of both infants and adults.  In women, they could cause pelvic inflammatory disease which is responsible for 30% to 40% of cases of female infertility.

Gonorrhoea and Chlamydia are major causes of pelvic inflammatory disease, adverse pregnancy outcomes and infertility(in both men and women. According to estimates by fertility experts, one- third of all IVF treatments are needed due to damages caused by Chlamydia which is known as “silent disease.” If left untreated, syphilis is known to cause spontaneous abortions, stillbirths, and congenital syphilis and in extreme cases, deaths.  MedicineNet.com, an online medical resource site, noted that at the chronic stage, syphilis may affect the brain and can cause paralysis.

The gynaecologists who spoke to Business Hallmark noted that gonorrhea leads to tubal blockage in women and blockage of the spermatic duct in men. Gonorrhea can also leads to inflammation of the epididymis (the  tube leading from the testes to the vas deferens where the sperm mature).  This can lead to infertility if left untreated.

A Consultant Gynaecologist at the Lagos University Teaching Hospital,(LUTH), Dr Ayodeji Oluwole, who revealed that  Gonorrhea and Chlamydia  are common but ‘less quickly diagnosed in Nigeria, said, “The bacterial infections are the most commonest and the most virulent. These infections can destroy a man or woman’s ability to procreate. For men, these infections could lead to azoospermia(no sperm at all). Some may have oligospermia-reduction in sperm or low sperm count.”

A gynaecologist, Dr Joseph Akinde, of Living Spring Hospital, Ejigbo Lagos noted that just like Gonorrhea, Chlamydia causes the blockage of the tube in women and the spermatic duct, and the testes in men.

According to Dr Akinde, Gonorrhea is usually asymptomatic in women but in men, symptoms that presents two to five days after intercourse with an infected person include painful urination, pains during sexual intercourse and a prurient pus/or discharge from the urethra.

They do not only impair fertility but also make their sufferers vulnerable to HIV infection.

STIs sufferers are advised to seek medical help fast to forestall damage to their reproductive organs. Health experts say all the three infections are best treated early with antibiotics. “A lot of these STIs present in such a classical way that we have antibiotics they are sensitive to, noted Dr Akinde.

There are antibiotics which are WHO recommended syndromic treatment for the causative organisms responsible for  both gonococcal and non-gonococcal infections. According to medical experts, syphilis is easy to cure in its early stages with a single intramuscular injection of the antibiotic, penicillin, if it is less than a year. Additional doses are needed to treat someone who has had syphilis for a longer period.

Early treatment is of utmost importance because, for instance in the case of syphilis, shortly after infection occurs, the body produces syphilis antibodies that can be detected by blood test. A low level of antibodies stays in the blood for months or years even after the disease has been successfully treated.

Experts advise against self-medication when treating any of these infections to prevent  further damage. There are growing concerns that some of these STIs are growing resistant to antibiotics. A recent report by the US Centre for Disease Control(CDC) revealed that gonorrhea is growing resistatnt to many antibiotic treatment options. Consequently, medics advise sufferers against self-medication. Concurrent treatment of partner is also recommended. Patients undergoing treatment are also advised to abstain from sexual contact with partners until they are healed.

The best way to protect against Gonorrhea, Chlamydia and syphilis is abstinence. Dr Akinde advocated sticking to mutually monogamous relationship with uninfected partner. Some experts recommend consistent use of condom though they admit that condom is not 100% effective as in cases like syphilis infection, the genital sores can occur in areas that are not covered by a condom.

The agreement, which runs for a term of four years, will see Medtronic Integrated Health Solutions Department partnering with Renescor to help finance, manage, and optimize services in Cath-Labs, OR and ICU. The partnership consists of end-to-end management of these units, which includes operational support, staffing and material management, deployment of the latest Cardiovascular Information System, operational excellence Lean/Six sigma consulting services, continuous performance assessment and benchmarking services, advising on and implementation of growth programs, as well as training and education services for cardiovascular therapies.  The aim is to transform CRC into a leading regional centre that achieves global standards of care in line with international leading institutions.

The Chairman of Renescor, Dr Ladi Awosika, explained that Nigeria is in desperate need for efficient Cath-Labs and operating rooms (OR) to treat more patients locally.

“Lagos currently has only two operational Cath-Labs to serve a population of 16 million and is in critical need of more,” he noted.

Dr. Ladi said that the choice of Medtronic informed by its size, over 65 years of experience and positive track record of delivering value to their customers and partners.

“Our collaboration will ensure the hospital is run to the highest global standards of care quality, efficiency, patient safety, and optimized capacity to help more patients be treated.”

Renescor was recently awarded a five-year concession agreement by the Lagos State Government to activate and bring high quality services to the CRC and is partnering with Medtronic to help manage CRC’s Cath-Lab, Operating Room (OR) and ICU.