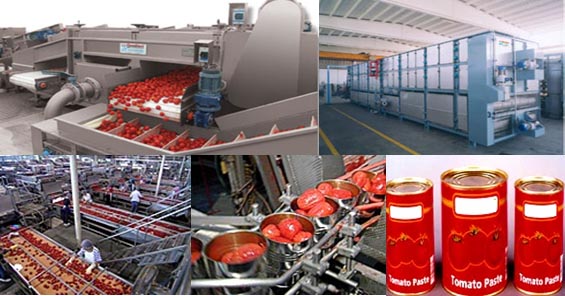 The newly established Dangote Tomato Processing Factory in Kadawa, Kano State, has the capacity to process 120 tonnes of fresh tomatoes per day at full capacity, an official has said.

The Managing Director of the company, Alhaji Abdulkadir Kaita, said in Kadawa on Monday that the company, which began test production last week, had processed 500 tonnes of tomatoes.

“We have not commenced production at full capacity. This is the reason why we are taking the product in batches,” Kaita said.

He said the company would do everything possible to ensure that the finished product met required quality standards.

He said the company bought tomatoes from farmers at higher prices than the existed in the open market.

“We purchase the commodity at N20, 000 per tonne irrespective of the tomato specie.

“So we buy a basket of the commodity above N1, 000 per basket and the current price at the market is N300. This is more than twice the price at the open market.

“The farmers are happy about the price because we have had several meetings with the officials of their association before we agreed on the prices. Once we collect the tomato, the company will pay you within two days,” he said.

Kaita said as soon as the factory commenced full operation, it would buy the commodity from farmers in some neighbouring states of Kaduna, Katsina, Jigawa and Plateau.

“We are not restricting ourselves to tomatoes from Kano farmers as we shall purchase from farmers in Plateau, Jigawa, Katsina and Kaduna States.

“This will encourage more farmers to embrace tomato production in addition to reducing wastage of the commodity,” he said.

Some tomato farmers who spoke on the development, thanked the Dangote group for establishing the factory.

It was observed that business activities have increased in the factory area.