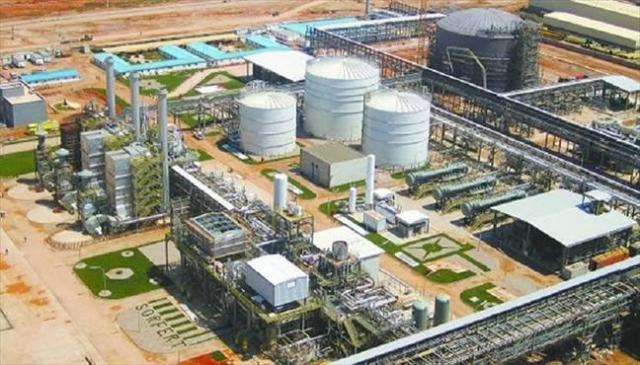 There are high hopes that the commencement of operations this week at the $2.5 billion fertilizer plant of the Dangote Industries will bring a major reprieve to the struggling Nigerian economy, given the projected impact.

After a number of postponements for reasons ranging from access to forex to economic downturn and more recently the COVID-19 pandemic, Africa’s richest man and President of Dangote Group, Aliko Dangote last week disclosed that the granulated urea fertilizer plant would commence operation in Nigeria this week.

Dangote, who made the revelation on Saturday (March 20) during a tour of the Petrochemicals and refinery complex facilities by the Governor of Lagos State, Babajide Sanwo-Olu and his team, said while the factory would churn out fertiliser this week, the official opening would be done in one month.

It is expected that the project will provide a major boost to the agricultural sector by significantly reducing the importation of fertilizer in Nigeria and ultimately removing the need for imports.

If the projections of the company are anything to go by, then Nigeria is about to develop a new capacity to save about $500 million annually from import substitution, while also recording inflow of $400 million from exports of fertilizer to other African countries.

According to the company, between 4, 000 and 5, 000 direct and indirect jobs have so far been created in the cause of the construction of the complex while 500 permanent direct jobs and up to 5,000 indirect jobs are to be created as production kicks off.

For an economy grappling with alarming rate of unemployment and food inflation, the Dangote Fertilizer Ltd. may be providing answers to so many critical questions.

Latest figures by the National Bureau of Statistics (NBS) saw unemployment jumping from 27.1 per cent in Q2 2020 to 33.3 per cent, the highest in the modern Nigerian economy while food inflation jumped to 21.79 per cent, translating to a month-on-month rise of 1.89 per cent.

But with a capacity of three million tonnes per annum, the plant complex located in the Dangote Free Zone, which has been classified as the biggest project in the entire fertilizer industry history in the world, may be on its way to make a significant impact in changing the narrative, especially in the area of food security.
Saipem of Italy is the Engineering, Procurement and Supervision (EPS) Contractor for the project, while Tata Consulting Engineers, India, is the Project Management Consultants (PMC).Several critical sections of the plant had last year gone through various stages of pre-commissioning test-run.

According to a statement by the company at the time, virtually all the section of the plant such as Central Control Room, Ammonia and Urea Bulk Storage, Cooling Tower, Power Generator Plant, Granulation Plant had been completed and going through pre-testing.
It was also revealed that Dangote Fertilizer had started receiving gas supply from the Nigerian Gas Company (NGC) and Chevron Nigeria Limited (CNL) under the Gas Sale and Purchase Agreement to supply 70 million standard cubic feet per day (scf/pd) of natural gas to the company.

The Group Executive Director, Strategy, Portfolio Development and Capital Projects, Dangote Industries Limited, Mr. Devakumar Edwin, said Nigeria would be able to save $500 million from import substitution and generate $400 million from exports of products from the fertiliser plant.

The supply of fertiliser from the plant will be enough for the Nigerian market and neighbouring countries, he said. I am happy that by the time our plant is fully commissioned, the country will become self-sufficient in fertilizer production and even have the capacity to export the products to other African countries.

He stated that the project, which was estimated to gulp $2 billion, is the largest granulated urea fertilizer complex in the world, with its three million tonnes per annum capacity. According to him, the fertilizer complex, which is sited on 500 hectares of land, has the capacity to expand as it is only occupying a small fraction of the allotted portion of land.

Edwin added: The management of the complex is confident that the fertilizer business will deliver reasonable profit to the company and its shareholders as it is projected that population growth and the need for food production will jack up the consumption of urea fertilizer beginning from 2020 when production of the production would have commenced in earnest.
The current consumption of urea estimated at a dismal 700,000 tonnes per annum by Nigerian farmers is said to be due to very poor usage and is believed to be the cause of poor product yield, which threatens food security in the country.

The International Fertilizer Development Centre (IFDC) has predicted an exponential increase in fertilizer consumption by Nigerian farmers as a result of the remarkable improvements in the local blending of the input under the Presidential Fertilizer Initiative of the federal government.

According to a report recently released by the IFDC in collaboration with the Food and Agricultural Organisation (FAO) and other international agencies, fertilizer uptake by Nigerian farmers increased by 63 per cent in 2017, rising from 959,364 metric tons in 2016 to 1,564,816 metric tons.