Leading industrialist, Alhaji Aliko Dangote, has identified Nigeria’s large domestic market as an incentive to import substitution and diversification of the domestic economy.

Dangote, speaking in Abuja at the Roundtable parley with the CBN Governor, Mr. Godwin Emefiele, with the theme ‘Going for Growth 2.0’, said the Asian Tigers are focused on exports because of the size of their markets, hence they produce for outside markets.

However, the business mogul said with the size of Nigeria’s domestic market, focus should be on import substitution, economic diversification and industrialisation so as to provide for the large domestic market and reduce the huge import bill, which stood at $47 billion as at 2019. He argued that if the nation can achieve 60 per cent in import substitution and diversification, this will create millions of jobs and drive inclusive growth.

He identified agriculture and manufacturing sectors as the hub round which the nation’s economic diversification should be hinged to achieve the goal of sustainable national development. He also added that several countries have achieved industrialisation through backward integration.

He said “We can diversify the economy through agriculture and manufacturing. Manufacturing creates a lot of jobs, creates middle class and transforms families. These are the areas we need to focus on. But how do you diversify into manufacturing and make it an inclusive growth? You need to do more of backward integration or import substitution. Our economy is great because we have a local market.

“The economy of Asia is focused on exports. But we have a domestic market with about 200 million people apart from the ECOWAS market. Our import last year was almost $47 billion. It is not sustainable. We cannot have 200 million people growing at an average 2.7 per cent and we are importing most of the things we consume.”

Calling for fast tracking of import substitution, diversification and industrialisation of the economy, Dangote cautioned that the risks are huge if the economy is not diversified as import bills would continue to mount especially in the face of declining oil prices. He added that if import substitution and economic diversification is fully implemented, revenue from taxation on produced goods will dwarf the one collected as import duties.

Dangote noted that diversification was possible, but, first long term funds with low interest rate should be given, as well as support by the CBN on foreign exchange. He lauded the CBN for its intervention in ensuring that the low interest rates were given to critical sectors.

To strengthen domestic manufacturing, he urged government to implement a number of policies such as local sourcing of raw materials, whereby manufacturing firms should source for local materials where available. Such a policy would reduce dependence on importation, increase production in the domestic economy and conserve foreign exchange, according to him.

He also advocated deliberate policies to improve infrastructure for firms engaging in backward integration, adding that dedicated industrial zones and clusters with access to roads, power, and rail if possible would reduce the cost of production and improve profitability. 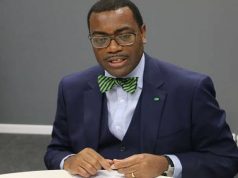