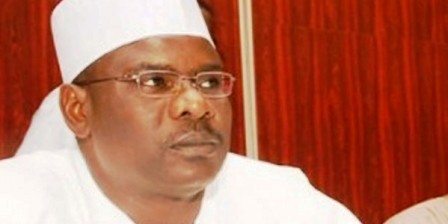 Ndume, who expressed frustration over his inability to produce Maina, while speaking on Monday before the court, said he was helpless as he had been unable to locate the defendant, who he said claimed to be ill and on admission in a medical facility in Abuja.

The senator representing Borno South, where Maina also hails from, had stood surety for the defendant, endorsed a N500 million bail bond and undertook to ensure he (Maina) attended court throughout the duration of his trial.

But Maina suddenly stopped attending court since September 29 with his lawyer, Francis Oronsaye, claiming his client was ill.

On October 2, the trial judge, Justice Okon Abang, ordered Ndume to produce Maina on the next adjourned date, failing which he could be penalised.

Abdullah sought the court’s permission to apply that the court revoke the bail granted Maina, order Ndume to pay the N500 million bail bond which he signed, and to allow the prosecution to continue trial in Maina’s absence, as allowed under Section 352(4) of Administration of Criminal Justice Act (ACJA).

When asked about his client’s whereabouts, Oronsaye said: “The information we have is that the defendant is admitted in hospital after the surgery. He (Maina) said he was undergoing treatment after the surgery and the location was not disclosed.”

The lawyer urged the court to discountenance Abdullah’s suggestions, adding: “My lord, the liberty of the defendant is an issue and we submit that utmost care ought to be taken before such liberty is tampered with, especially as the law still presumes him innocent.”

The judge then turned to Ndume and asked why Maina was not in court.

Ndume gave details of how Maina’s relatives and political friends prevailed on him before he agreed to stand surety.

“Orji Kalu (ex-governor of Abia State), when he was in prison then, Joshua Dariye (ex-Plateau State governor) and former Governor of Taraba, Rev. Jolly Nyame, all appealed to me in the prison to assist him.”