Home Health Could your dog give you norovirus? 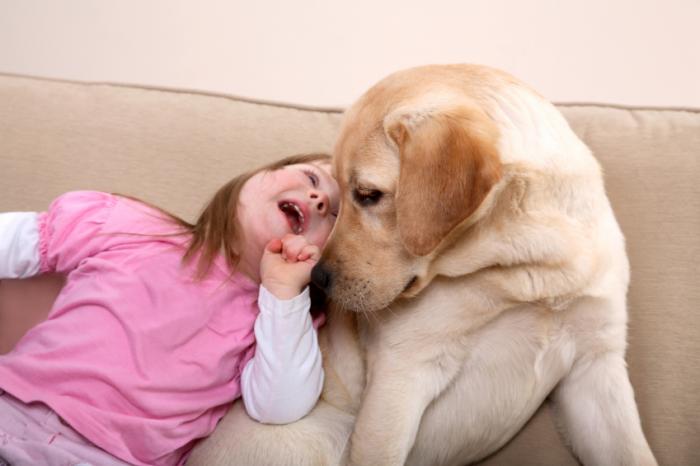 Norovirus is the leading cause of foodborne illness in the US. You can also catch it from infected people and contaminated surfaces. Now, new research raises the question of whether humans can catch it from dogs.

Writing in the Journal of Clinical Microbiology, veterinarian Sarah Caddy and colleagues explain how they found some dogs can mount an immune response to human norovirus – a strong clue that they have been infected by the bug.

Caddy, who is working toward her PhD at the University of Cambridge and Imperial College London in the UK, says:

“We also confirmed that human norovirus can bind to the cells of the canine gut, which is the first step required for infection of cells.”

Together with evidence that human norovirus has been isolated from domestic dogs in Europe, the findings raise concerns that people could catch the bug from animals.

Norovirus is a leading cause of gastroenteritis, or “stomach flu,” causing vomiting and diarrhea in both adults and children. It is very contagious and can infect anyone. You can catch it from an infected person, contaminated food or water, or from contaminated surfaces.

According to the Centers for Disease Control and Prevention (CDC), in the US every year norovirus is responsible for 19-21 million cases of acute gastroenteritis and contributes to 570-800 deaths, mostly among young children and the elderly.

For their study, Caddy and colleagues used noninfectious human norovirus particles – comprising just the bug’s outer protein coat, or capsid. The capsid is the part of the virus that binds to host cells. Capsids alone cannot cause infection because they lack the internal machinery of the virus.

The team studied the ability of capsids to bind to tissue samples from dog intestines in test tubes. They found evidence that seven different strains of human norovirus may be able to bind to canine gastrointestinal tissue. This suggests “that infection is at least theoretically possible,” they note.

The researchers also carried out other tests to discover if dogs can carry human norovirus.

While they found no trace of virus in stool samples from 248 dogs (including some with diarrhea), they did find evidence of antibodies to human norovirus in blood samples from 43 out of 325 dogs.

It is currently not known whether human norovirus can cause clinical disease in dogs. Assuming that it can, the study found no evidence that dogs can shed it in sufficient quantities to infect humans. However, the authors note that other studies have suggested as few as 18 virus particles can cause human infection.

There is also little evidence that dogs or animals are involved in spreading norovirus among people when large outbreaks occur, such as on cruise ships and in hospitals.

Evidence from this study is sufficient to warrant further investigation

Nevertheless, the authors conclude that their study provides sufficient evidence to warrant further investigation into whether human norovirus can survive in nonhuman animals and spread from them to people.

Caddy says she got interested in doing the study through her experience as a small animal veterinarian and dog owner. She says in her practice, dog owners often ask her if their dogs can pass infections onto them or whether they can pass them to their pets. She adds:

“There are plenty of anecdotal cases of dogs and humans in the same household, having simultaneous gastroenteritis, but very little rigorous scientific research is conducted in this area.

Until more definitive data is available, sensible hygiene precautions should be taken around pets, especially when gastroenteritis in either humans or dogs is present in a household.”

Meanwhile, Medical News Today recently learned that a drug-resistant intestinal bug is spreading in US. A CDC report suggests a multi-drug resistant strain of Shigella – a bug that causes half a million cases of diarrhea in the US every year – is entering the country in infected travelers and causing a series of outbreaks.