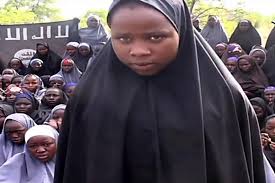 The Federal Government has denied knowledge of a report which claimed that the over 200 school girls kidnapped from the Chibok community by members of the Boko-Haram sect  about one year ago have  been killed.

The Coordinator of National Information Centre (NIC), Mr. Mike Omeri, who stated this during a security briefing in Abuja yesterday, maintained that all hope of  rescuing  the girls alive is not lost yet.

He urged Nigerians to be hopeful as the recovery of the captured towns and villages by Boko Haram were still ongoing by the Nigerian Troops, urging people to disregard speculations.

“The search for the Chibok girls continues and that is why even with the capture of Bama and the rest, security and military men have never relented, and until it is concluded, we cannot begin to believe speculations.

“I think the one year anniversary is next week, and we hope to give a comprehensive report on what we know so far, and how far the search has gone.

“So, the assurance I will give you, is that everywhere is being combed and whatever element we found will be revealed to the appropriate authority and nobody is going to keep anything secret.”

He also urged Nigerians to be vigilant during the Saturday Governorship and States, House of Assembly elections.

He said the  military will also be ready to subdue any form of attack from the terror group.

Omeri assured that the Nigerian military will be on ground in the troubled states to ensure a peaceful election.

He urged Nigerians especially those in the area where the military has been battling the Boko Haram to remain calm and vigilant.

‎His words: “Recall that in our statement on the eve of the Presidential and National Assembly elections, we reiterated to Nigerians the need to exercise the highest level of vigilance and also scrutinize the activities of unknown and strange persons within their environment.

“In respect of the forthcoming Governorship and State Assembly Elections, we remind the citizens to maintain a similar level of vigilance and caution to ensure a peaceful and incident- free exercise.

“As efforts are being made to ensure a hitch – free exercise, the NIC wishes to reassure Nigerians, especially those living in communities that recently experienced some security challenges arising from the activities of Boko Haram resurgence, that our military and security forces are, more than ever, very ready to ensure the protection of lives and property, while securing the country’s territorial integrity.

Speaking further on the fight against insurgents, the NIC Coordinator said ‎the Nigerian military will continue to safeguard the communities which were reclaimed from Boko Haram attack, as those communities are still vulnerable to attacks.

“Lately, there have been reported cases of surprise attacks on some communities in the North East by the Boko Haram, but the recent siege on Alagarno, a well-known and strategic Boko Haram stronghold, has dealt a severe blow on the operations of the insurgent group which is experiencing its last days in the region.

“In a situation such as presently exists in the area, there is a high tendency for the insurgent group to suddenly aim at soft targets to destabilize communities which are regaining normalcy.

“However, the Nigerian military has continued to bring the situation under control and also safeguard the lives and property of citizens, while humanitarian assistance is being provided by appropriate authorities.”