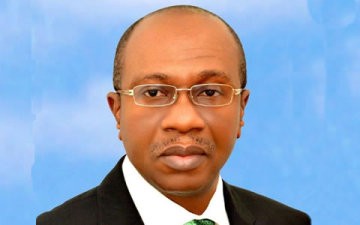 The Central Bank of Nigeria on Tuesday slashed the naira debit cardholders’ spending overseas from $150,000 to $50,000 per annum.

The development came less than one week after the bank announced plans to reduce naira debit cardholders’ spending abroad due to inadequate foreign exchange to pay for rising amount of cardholders’ overseas spending.

The central bank, in a circular dated April 13 and entitled: ‘Usage of naira denominated cards overseas’, asked dealers and the general public to take note of the development.

The circular, signed by the Director, Trade and Exchange, CBN, Mr. Olakanmi Gbadamosi, also directed Deposit Money Banks in the country to peg their customers’ daily cash withdrawals overseas at $300.

The circular read, “Further to the circular No. TED/FEM/FPC/GEN/01/009 of September 26, 2013, all authorised dealers and the general public are hereby informed that with effect from the date of this circular (April 13, 2015), the existing limit on the usage of the naira denominated cards for transactions overseas has been reviewed downward.

“Accordingly, the limit has been reduced from $150,000 to $50,000 per person per annum. In addition, authorised dealers are to ensure that the daily cash withdrawal limit embedded in the cards per person, per day is pegged at $300.

“Authorised dealers are to ensure strict compliance with this new limit and render monthly returns on the transactions to the Director, Trade and Exchange Department, CBN not later than the fifth day of the following month. Please ensure strict monitoring and compliance.”

The Managing Director and Chief Executive Officer, Union Bank Plc, Mr. Emeka Emuwa, had after the Bankers’ Committee meeting at the CBN office in Lagos on Thursday, said the amount spent by naira debit cardholders overseas was rising fast and the banks were beginning to notice some arbitrate in the segment.

Consequently, he said the CBN and the Bankers’ Committee would slash the annual allowable drawdown for each bank customer.

He had said, “We did find that in a number of cases, people were using the cards in ways that were not expected of them and there have been some arbitraging going on. So, in order to sustain stability, what was agreed by the committee was that the limits for the use of the naira debit cards would be reduced.

“As a customer, if you have a dollar account, you will still have unfettered access to it; but for naira debit accounts, the limits will be reduced to more judicious levels. This specifically refers to the use of these bank products abroad, because when they are used abroad, the merchants have to be settled.

“Even if it is the Automated Teller Machines, the service provider, Visa or MasterCard, has to be settled in foreign currencies and we find that it is a drain on the foreign resources available to finance our industries. So, there is going to be a reduction in the annual allowable drawdown using naira debit cards abroad.”