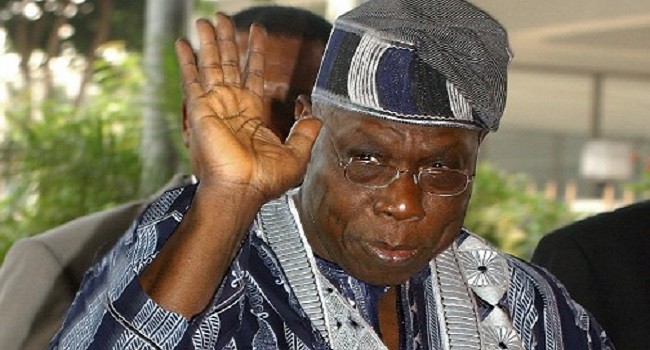 Former President Olusegun Obasanjo has advised the President-elect, Muhammadu Buhari, to quickly tackle the myriad of problems facing the country, advising that he should not take Nigerians for granted in administering the country from May 29.

Obasanjo said this while playing host to a delegation of South West Women Leaders under the leadership of the Iyalode of Yorubaland, Chief (Mrs) Alaba Lawson, to his Abeokuta country home, yesterday.

He urged Buhari to be as honest as possible with Nigerians in overseeing the country, describing the people as clever ones that could not be deceived.

Obasanjo told the visitors that he believed in the political acumen of the President-elect in leading Nigeria aright, insisting that he (Buhari) is not a novice in governance.

He appealed to Nigerians to pray for the success of the Buhari-led government and also to cooperate with the in-coming government.

Obasanjo noted that the country had been poorly managed in the last eight years, contending that it would take a time for Buhari’s government to correct the anomalies, asking him not to be frightened with the situations.

He maintained that Buhari has the experiences in terms of administering the country having ruled the country as a military Head of State 1983 to 1985.

“When I came in 1999, there was no fuel and power. The situation was like this and I thought we have put that one behind us. The man that is coming on board has a lot of experiences in terms of governance.

“He is not a greenhorn. We have both worked together in administering, then as a military Head of State and we did it well. Nigerians need to exercise patience because what have been destroyed in eight years cannot be re-build in a day.

“Let’s give him time. Let us pray for him and let us cooperate with him. We are all concerned about the present situation of Nigeria. The expectations are very high but at the same time, there is a lot of goodwill internally and externally for the in-coming government.

“Once the in-coming administration realises this and take every step, particularly in the first three months, when people will be watching and counting, I think for me, we will get there.”

The former President further said that with Buhari at the helm of affairs of the nation, the citizens according to him would have a new opportunity.

“God has provided a new opportunity for Nigeria and Nigerians and I believe God does not make mistake. One of the good things about the in-coming president is that he is not a green horn.

“There are two things I believe the in-coming president appreciate is that he knows that the expectations of Nigerians are high and that he should not be frightened by the situation on ground.

“There is a lot of goodwill for the in-coming administration from within and outside the country. What is important is that steps have to be taken that will not lead to the squandering of the goodwill and I believe the in-coming government will be able to take care of that.”

In her remarks, Lawson said that the country is currently experiencing agony in terms of corruption, insecurity, high crime rate, no power and no fuel.