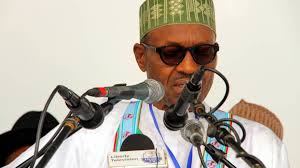 Dr Chidia Maduekwe is a close aide of President Muhammadu Buhari, and spokesman of the Buhari Support Organization (BSO), the platform that housed all the campaign organizations that worked to deliver the president into office. In this interview with Chibisi Ohakah in Abuja, Maduekwe speaks on the ongoing crisis in the APC, the reasons why the president is delaying his list of ministers and why it would be difficult for President Buhari to oblige the request by the governors’ forum for a financial bail out.

President Muhammadu Buhari seems to be confused. The All Progressives Congress (APC) seems to be in disarray and Mr. President seems unsettled enough to start his government. What is going on?

It is wrong for anybody to get the impression that the government of President Muhammadu Buhari has not kick-started unless you want to agree with the avalanche of criticisms coming from familiar quarters. Forget about what is going on at the National Assembly, the two chambers have been inaugurated since June 10. We have heard pronouncements from Mr. President that shows that government is working. For instance, he has said that the refineries would commence production by August and he has set the process in motion.
We have seen that he is squarely dealing with the Boko Haram problem and other security issues. We all know he met a petroleum scarcity situation; nobody has asked how the scarcity disappeared at the full sight of Mr President in office. I can say that as soon as the National Assembly stabilizes, he would table his list of ministers for consideration. So I don’t know why you said the man appears confused and unable to start government.
It is wrong for anyone to think that the appointment of ministers is the beginning of government. The permanent secretaries are there as chief accounting officers; they are the heads of the various ministries while the director generals are in charge of the parastatals and agencies. The question is: are these public officers of government working? If the answer is yes, then President Buhari’s administration is at work. That is not to say that he would not appoint ministers.

What you have described as government at work many Nigerians would consider as peripheral. Nigerians have their eyes on the campaign promises of the APC and President Buhari. During the campaign, you and your group sold the Buhari brand along the concept of ‘change’ – that is what Nigerians want, but it is beginning to look as if voting for the APC was a mistake.

I don’t know where anyone would get that imagination from, and it is actually too early in the day for regrets. What is going on within the APC should not be used to judge the administration of President Buhari. Before he left, former President Goodluck Jonathan signed into law the 2015 national budget. He even started implementing it, and President Buhari only continued from where his predecessor stopped. Anyone expecting too much from Buhari in a budget he did not plan, is making a mistake. The permanent secretaries have the templates for the budget and the implementation is ongoing.
Government is a continuum, so Buhari’s administration is still running on the approved estimates of former President Jonathan. There is little anyone can do about it, unless Nigerians want him to sack all the appointees of government, just because the slogan during the campaigns was ‘change.’ The situation now will linger, and what the president can do is to allow the system to roll while he watches out for the bad eggs and fraudulent situations that checkmated good governance, and eliminate them. There is a better society that President Buhari has in mind, and he will get there. Nigerians should be patient. Yes we promised change, but we did not say it will come on day one.

With the current slow pace of things in the Buhari administration, especially with his inability to appoint ministers early enough, it appears that the APC and indeed President Buhari least expected their success at the polls. Some Nigerians interpret the current struggle and quarrel over positions, and who should get what, as evidence of ill preparation for governance. Is this not affecting the composure of President Buhari, and the opportunity of getting technocrats to work with him?

Within the context of branding product or human, President Muhammadu Buhari is the biggest brand in Nigeria, even while President Goodluck Jonathan was in office. So our work as the publicists was half done by that fact. I was at the front of the campaign so I know what I am saying.
I was not surprised that majority of Nigerians bought into what we sold to them as a presidential material. So the issue of least expecting success at the polls was never there. If you know what is involved in forming a political party and engaging the voters to vote for you, you will know that it is difficult to say that one is not prepared for the position he got.

There is hardly any player in the scene that you can really say it is his first time in politics, including Mr. President who you know contested for the position on three different occasions. So, ill preparation is also out of it.
The party is prepared for what happened; I mean success at the polls, and we are ready to form government. But the enthusiasm will not make Mr. President put the cart in front of the horse. Imagine what would happen if Mr. President approaches the National Assembly at this point in time with a list of ministers for consideration. Your guess is as good as mine. That is what we are saying. So, ill preparedness is out of it.
I told you politics is about expression of divergent views with the view to achieving common goal. If the question is whether the common goal of the APC is intact, the answer is yes, the current arguments at various levels of party notwithstanding.

Are the current disagreements or divergent opinions, as you would have it, among the APC members and legislators not too early, and capable of truncating the APC led administration given the fact that the opposition is becoming beneficiary?

Your question is based on imagination. It is the lot of human beings to imagine. Anyone imagining that the current arguments in the party can truncate the Buhari administration is living in a fool’s paradise. The president is in full control. He is in a familiar terrain, and dealing also with familiar political elements. There is no new person around him in the APC.
Remember that he said he belongs to no one. There is not body in the APC top echelon, including those that came from the PDP that he is meeting for the first time. He knows them and their political pedigree. One stands to expect therefore that it is not every one that started with him that may finish with him. From the witty and clown to the faithful and strong, and from the crafty and hypocritical to the focused and dependable, Buhari knows the APC in and out.

Talking of divergent opinions, and your insistence that it would not spell the downfall of the APC, do you recall that PDP’s problems started with your so-called divergent opinion, snowballing into five governors quitting the party, peaking in imposition of candidates during the party primaries?

PDP’s problems were far beyond divergent opinions and imposition of candidates. The party was totally clueless, inept and corrupt. The party conducted governance of misrule. They lacked leadership; therefore they were bound to collapse. It is not the same thing with the APC. The PDP lacked the fundamentalism of governing the people. They lost it when they lost the consciousness of what brought them together as a political party. That was the reason people left in droves.
Beyond party politics, they ran a highly corrupt government machinery. They set themselves in motion only to win elections. When it came to delivering promises they failed. The Nigerian people looked at them and felt sad enough to give them the boot. Remember they were there for 16 years, long enough for the people to make up their minds. They were given all kinds of opportunities to redeem themselves but they failed.

There seems to be all kinds of camps in the APC at the moment. As a close aide of President Muhammadu Buhari to which camp does the president belong?

I don’t know about camps in the party, and I can tell you right away that the president does not belong to any. When he said it during his inauguration speech he meant it that he belongs to no one, he belongs to all. And he has demonstrated it thus far. I want you to know that as the spokesman of the Buhari Support Origination (BSO), the very vehicle that marketed him as candidate during the elections, and having worked so close to him from the point of being aspirant to president-elect, the man never says what he does not mean.
The way he says things is the way they occur to his mind. From that close range also, I can tell you that no one individual, not the leader of the party, not even those who nominated him, not even us who worked day and night to position him for the success he achieved, can say he owns him, to the extent of saying if not for him or the money he brought, Buhari would not have made it.
This was why we opted for the crowd funding option where the market woman, the ‘danfo’ driver, the teacher, the farmer donated their widow’s might for his campaigns. The process that produced Buhari, both as president-elect and substantive president was people driven. No one individual can claim he or his money made Buhari president. Simply put if there is any faction in APC, Buhari is not part of it.

Talking about current crisis in the APC, do you think President Buhari saw today when he made that statement that he belongs to no one?

Yes he did. I told you he is not new to politics and there is no new fellow around him in the party. At one point or the other he has met the politicians working with him now. Remember that he had been a member of the ANPP. He later formed the CPC on whose platform he contested in 2011. Those he has not really worked with at same party level, he has met as opponents in the past.
As opponents in other parties in the past, he took his time to study them and their pedigree. So he knew what to expect when the elections was won and lost, and it was time to form the administration. Buhari understands clearly that even as APC members, some top members of the party may be working for the opposition. Again he knows those who supported him financially based on love, trust and patriotism and those who invested in his contest as business men. As much as he appreciates every one’s support, he has made it known that there is no trophy waiting specially for anyone anywhere in his administration.