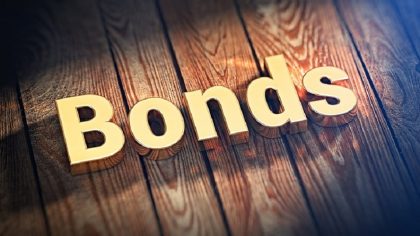 A slowdown in client demand characterizes the bond market on Monday, unlike sentiments witnessed for the most part of last week.

This is on the back of expected renewed supply at the bond auction on Wednesday, where the Debt Management Office (DMO) would raise a total of N90billion from the 2023, 2025 and 2028 maturities.

In short, the bond market started the week on a relatively quiet note, with some interests on the higher yielding 2021 bond, offset by some selloff on the 2036s which pushed yields higher by c.7 basis points across the curve.

“We consequently expect the market to remain slightly bearish, in anticipation of renewed supply of bonds at the auction,” analysts from Zedcrest Capital said on Monday.

More so, the Treasury bills market was relatively flat, with mixed trading sentiments witnessed over the course of the day.

Investors were more interested in the short-tenured maturities (October-December) as yields berthed slightly higher by 10 basis points due to funding needs by some market players for the Wholesale FX auction by the Central Bank.

Zedcrest analysts expect the market to remain stable in the near term, due to the relatively buoyant level of liquidity in the system. We however note a slowdown in demand from clients as they anticipate a renewed supply of the long tenured bills (August/September –which offer the highest yield in the market) at the next CBN OMO auction expected Thursday.

Meanwhile, the Open Buy Back and Overnight rates inched higher, closing today at 8.33 per cent and 9.08 per cent respectively, due to funding for a wholesale FX auction (N75 billion estimate) by the CBN. System liquidity which opened the day at N478billion is consequently estimated to close at c.400billion positive.

Rates is expected to remain stable, as there are no significant outflows expected tomorrow.

February 7, 2023
The Nigerian Communications Commission (NCC) on Monday, attracted industry commendation for its efficient regulatory processes that have given verve to the realisation of...