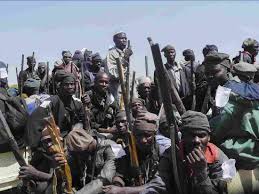 “The men, 21 of them, were stopped at Bultaram (village) by gunmen we believe are Boko Haram who shot them dead,” said Baba Nuhu, an official with the Gujba local government in Yobe state.

Nuhu and Haruna Malam, the brother of one of the victims, spoke to AFP from Yobe’s capital Damaturu, where many Gujba residents have fled to seek refuge from Boko Haram violence.

Meanwhile, the Police have confirmed the killing of no fewer than 10 farmers in a reprisal attack on the people of Guma Local Government Area of Benue by unidentified gunmen.

ASP Austin Ezeani, the Police Public Relations Officer for the Police Command in the state, made this known when he spoke on Monday in Makurdi.

Ezeani said the gunmen, suspected to be Fulani youths from the neighbouring village in Nasarawa State,  launched the attack, to avenge the killing of two Fulani men by some Tiv youths last week.

The PPRO said that some Tiv youths had earlier last week, attacked, robbed and killed two Fulani men who were passing by a village in Guma Local Government Area. 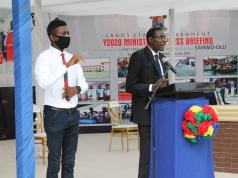