…as banks outperform the economy

Financial experts have said the weak macroeconomic condition and low sentiments are the key reasons why banks and other companies’ impressive profits have failed to raise stocks prices. The experts however okay the efficiency of the Nigerian Stock Exchange in capturing real time information and pricing listed stocks. They said the exchange is not the problem.

Analysts said inability of the stock market to reward performance is beyond earnings releases, rather other factors like macroeconomic condition in relations to investors’ sentiments.

In a survey conducted by BusinessHallmark, large numbers of Nigerians said investment in stock market is a no-go area. Their decisions hinge on their past experiences, poor education and inability to understand how the market works.

There have been concerns in the recent time that the stock market is not efficient enough to capturing profit information into pricing. Critics said compared to the size of the nation’s gross domestic products, Nigerian Capital market is not deep.

Playing the advocacy card, BusinessHallmark had initiated research to understand why companies with impressive business performances have not been properly rewarded in terms of price movements.

“Nigerian stock market prices sentiments more than it does earnings, as it unable to put price on uncertainty in the macro-economic condition in general”, a Professor of Economics told BusinessHallmark. Market observers take specific interest on commercial banks that declare about N100 billion profits but their prices are at significant variance with the bloated earnings.

Stakeholders wondered for long enough as to the reason why earnings season performance from banks do not have significant impacts on stock prices over the years. Banks profits has become normal ritual, quarterly, half yearly and annually but nothing significant to show for micro-investors, though large tickets investors don’t feel the same in totality.

Damilare Asimiyu of GTI Capital group said what the Nigerian equity market as a whole is going through what can be described as a period of “sentiment low beat” as both foreign and domestic investors have many uncertainties beclouding their investment projection. According to him, this could be attributed externally to global uncertainties arising from trade and geopolitical tension, and in the domestic economy, weak macroeconomic fundamentals.

“As regards the main issue in your question, any prudent investor will not really be deceived by what I will describe as a “make shift” performance of most Nigerian banks in the last three to four quarters, due to shocks.

“If you critically analyse the financials of these banks we are talking about in the last three to four quarters, their good bottom lines has been mainly impacted by high earnings from trading activities. This is mostly from fixed income instrument with lucrative yields in most part of 2018 and not their primary line of business – which is interest income”, he told BusinessHallmark.

Asimiyu said: “this implies that fundamentally, the performance of the Nigerian banks mirrors the trend in the broader economy where GDP growth has continued to trail the population growth rate in the last four to five years.

“Hence, for any investor that understand the impact of macroeconomic fundamentals on the sustainable performance of public limited liability companies like these banks in the medium-to-long term, the best thing to do is to remain a speculative until sustainable positive driver(s) for the economy is spotted”.

On the solution, he said: “To solve this problem, there are both fiscal and monetary policy actions that must be taken”. He said that on the fiscal side, the government must come up with drivable medium-to-long term macroeconomic policies that will raise the hope of investors, that come 2-3yrs, Nigeria’s economy growth will hit 5% or more.

He also stated that the macroeconomic policies must be ones that will ease the business operating environment, reduce multiple tax, increase demand for goods and services by customers, and reduce economic vulnerability to external shock like the crude oil price crash of 2014.

“On the monetary policy leg, the capital market regulators must continue to intensify effort to gain investors’ confidence by promoting and upholding transparency in the system. While Nigeria needs to maintain attractive yield rate environment in order to continue to bait foreign investors, I think with the current development in the external environment, a further reduction in the MPR (below 13.5%) will impact equity market positively”, Asimiyu said.

Tunji Adeniran CFA said that market is very efficient and stock exchange is not the problem. To Adeniran, banks are over-performing and may continue to do so in the foreseeable future. He said however, the positive performance does not reflect on the share prices due to horn effect.

According to him, in the long run, companies cannot outgrow the economy. Every investor knows that the economy is very fragile with barrage of issues. He said Nigeria is suffering from what economists call twin deficit and no concerted efforts to fix it. This is what is sending investors away from buying stocks.

Taking the discussion further, Chidiebere Onwuka, an investment expert, pointed at lack of education. Onwuka said the general population is not informed about the workings of the exchange. Even the educated ones won’t go near the market after the 2008 meltdown.

He added that lack or perceived lack of corporate governance is an issue, as he cited the disparity between Zenith and GTB share prices.

He further stressed that stocks are not optimally priced because institutional investors, Pension Funds as an example, are not taking their rightful place in the market.

“Do you know that at a point few months ago, the expected dividend yield on Zenith was over 20% and yet pension funds were not buying”? I tried to get margin to buy but stockbroking firms I approached were too scared to lend even when I offered 400% collateral”.

He however reckoned that lack of adequate regulatory oversight is also a factor.

“The regulators are corrupt and won’t apply rules evenly in the market. A current case study is the acquisition of Forte Oil. There is no protection for minority investors. Otedola was just cleaning out at the expense of minority investors. For ages Oando was taking investors for a ride without any consequence.

“Even now, the matter is tied up in courts and judicial corruption is another topic. Fidelity bank published a dividend of 22k and reversed it later to 14k without any consequence. Do you know how much investor lost/gained unfairly on that action alone?

“I don’t think it’s about the efficiency of the stock exchange. The sentiment towards Nigeria is weak; there are a number of macro concerns, policy uncertainty and recently the CBN policy that creates worries for the banks”, Kayode Omosebi, Senior Associate, Financial Advisory ARM Investment told BusinessHallmark.

Omosebi stated that this is why the reaction to result does not occur. Result is report of the past which most big investors, foreign and local institutional, would have taken a position/bet on, so the focus when buying stock for savvy investors is forward looking i.e. the future earnings.

“So when there are uncertainties about the future earnings alongside macro concerns that could hurt investment, sentiment will be low”, he added.

Omosebi said that’s why there are stocks that look very attractive but nobody is buying into them. It is sentiment driven and not an exchange problem.

The market reflects and acts on the information (micro and macro) regarding companies and industries as a means to determine the value placed on the corporates, Olumuyiwa Adebayo ACCA, Finance Manager at Sahara group said. He said the banking sector of the financial industry is not an exception. In the most recent time, the economy of the country has continued to dwindle.

Adebayo said though the economy is said to have been out of recession, the banks have continued to show improved financial performance but backed up by poor liquidity, upsurge Non-Performing Loans (NPL), Corporate Governance concerns.

This include inadequate lending power, lack of positive outlook for their ratings, plus the narrative of contagious risks in the industry may have accounted for the negative performance of their in the NSE. This makes it crystal clear that their poor performance in the capital market cannot be solely attributed, or mainly attributed, to perceive ‘market inefficiency’.

“But, I will not say the Nigeria capital market is inefficient, neither will I say it is perfectly efficient, but to make Nigeria market more efficient the following are key quick wins: Increase transparency; strengthen Corporate Governance practices of corporates. Also, harness technology that promotes efficiency of trading, re-jig market rules and regulations to match international best practices, etc.”, Adebayo said.

In a chat, Olasiji Omotayo CFA, Head, Risk Management at PAL Pension said I may not agree with position on the level of market efficiency. If you check the numbers from the big banks, growth has not been impressive so far this year. He said the general market sentiment has been negative. These are some of the factors affecting the market.

Omotayo stated that the global macroeconomic slowdown, the contraction in China and Europe, fear of recession in the United States in addition to escalating trade wars and impact on commodities prices. Also, Elections drag, Foreign Investors rating about the current administration and Slow GDP growth. He also noted that Global equity market performance.

“I believe the market is efficient enough. My advice will rather be that the NSE should introduce products for diversification. The introduction of short selling will also enhance price discovery.

Peter Omoregie, Head, Proprietary Trading at Cardinalstone said prices not moving reflects investor sentiments and overall view on the macros. According to him, the exchange has an x-portal where companies post their results directly to investors; they are to this extent efficient.

“It’s a demand and supply game”, Omoregie said in a chat with BusinessHallmark.

He stressed that this is what happens when majority of investors are bearish on the entire market. Simply put, there is less demand. You need demand for shares to get it to move higher.

Olusegun Owadokun CFA, Chief Operating Officer at Agusto Consulting said: “I will advise that we should be careful jumping into conclusions that our market is not efficient for the fact that banks’ stocks have not “responded” to earning releases”.

According to him, one major point to note about market efficiency is that in an efficient market, prices should ordinarily react only to the elements of information releases that are not anticipated fully by investors or market analysts. He said in other words, security prices only adjust to “unexpected” or “surprise” element of such information releases.

Consequently, if the earning releases are as anticipated by market participants, then the stock prices may not adjust as the investors might have already factored in those pieces of information.

Nevertheless, in order to conclusively state if our market is efficient or not, we would need to resort to empirical studies of stocks listed on the Exchange using such methodologies as event studies to determine if there are known market anomalies.

He stated that a lot of these anomalies have been uncovered by academics in developed markets.

“I don’t know the extent of research that has been conducted by our finance academics and professors on the Nigerian Stock Exchange regarding market efficiency in our country.

“It is worth mentioning that financial markets are, in general, not classified as either completely efficient or completely inefficient, but rather they exhibit various degrees of efficiency”, Owadokun added.

“A number of factors determine the degree of efficiency in a financial market including the number of market participants; information availability and disclosure; trading restrictions; and transaction/information-acquisition costs”, he added. 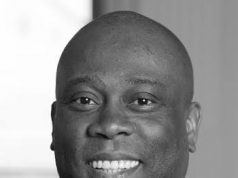 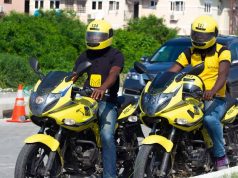