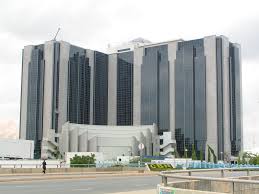 With impressive performances being delivered by most money deposit banks in the country in the last financial year, indications have emerged that such profit growth may be a source of future challenges for the industry.

Most banks in the sector had reeled under  regulatory headwinds since 2013 which leaned heavily on their revenue growth and profitability.

Both the Central Bank of Nigeria and AMCON had issued policy directives during the foregoing years which not only restricted some of the sources of banks’ revenues but also increased their statutory contributions to AMCON.

But in what seems to be a general trend in the sector, deposit money banks (DMBs) created more risk assets in 2014 to compensate for lost revenues following the regulatory interventions that swept the industry since 2013.

As a result of this, banks engaged in optimizing sources of revenue to prevent business crash and aiding profitability.

Analysts had predicted that the impact of increased cash reserves ratio would be felt across the sector by banks irrespective of sizes and strategic position in the economy.

Both market capitalisation as well as stock market index rebounded as the earning season breathes life into the capital market generally.

The market improved performance has been attributed to significant earnings contribution from its banking segment.

Tier 1 banks recorded an average of 16 percent gross earnings growth in the year.

Meanwhile, as these banks loan books expanded on the back of aggressive business expansion, the risk of surging non-performing loans has moved up, perhaps due to expanded exposure to energy, oil and gas sector.

The upswing in foreign currency loans which seem to have become key opportunity for banks’ business expansion may raise non-performing loan in the industry well above tolerable level in spite of AMCON provisioning.

On FCY, it was gathered through reliable sources that banks are among the culprits that encourage dollarization of the economy.

The loans structure to energy, oil and gas operators that could have been done in local currency are often structured in greenback.

These structured loans’ interest payment and capital repayment may provide potential upside due to volatile nature of Naira in the foreign exchange, where banks could benefit but risk of default persists as oil price fluctuates and energy sectors poses more risks.

In their separate audited results filed with the stock exchange, aggregate credit impairment charge for some banks expanded massively.

It also came to attention that some banks’ management embarked on aggressive cost control.

Especially, tier 2 and medium size banks have also become more efficient as significant part of the profit came from cost savings while cost of funds moved minuscule as interest expenses were managed optimally.

However, in the results, it was noted that some banks’ interest expenses rose because of the interest payment on dollar denominated subordinated Tier II note issued in the year.