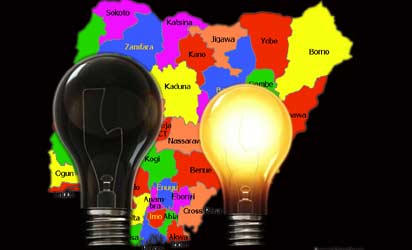 Former Vice President, Atiku Abubakar, has urged the President-elect,  Muhammadu Buhari, to reverse the privatisation of the Power Holding Company of Nigeria (PHCN).

Atiku gave the advice at the 36th Kaduna International Trade Fair’s seminar organised by the Kaduna Chamber of Commerce, Mines and Agriculture (KADCCIMA).

He said the failure experienced in the power sector of the economy has been due to the successive government’s approach in tackling the problem in the sector.

The former vice president recalled that the Obasanjo-led administration, which spent billions of dollars into the sector, took the wrong approach in tackling the power sector, but failed to address the problem of the power sector, because the government took a long-term measure rather than a short-term approach.

In response to why private investors were unable to collect licences to build private refineries during the Obasanjo/Atiku administration, Atiku said that in his eight years as Vice President to ex-president Obasanjo, he did not know what happened in that sector as Obasanjo doubled as the Minister of Petroleum Resources.

“During our administration, there was no transparency and accountability in the oil and gas industry.

“There was a time we were handed a ‘Ghana-must-go’ memo on the oil and gas and asked by the president for our input and I refused to support it,” he added.

According to him, President Goodluck Jonathan also took a wrong step in solving the power sector problem, which has accounted for the current epileptic power supply in the country.