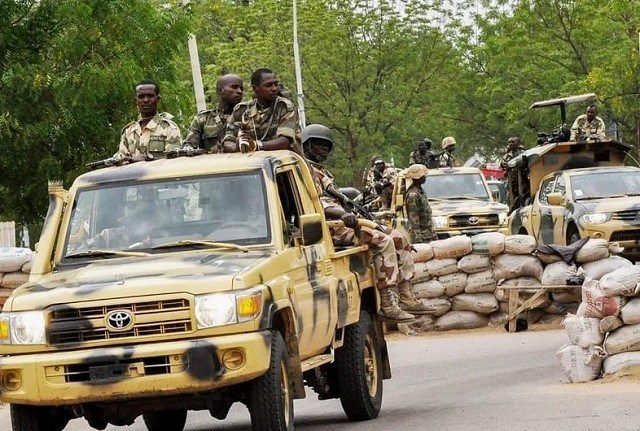 Traditional rulers in Ketu communities of Yewa North Local Government Area of Ogun State have petitioned the Nigerian Army over alleged connivance of its officers with herdsmen to harass villagers in the state.

The monarchs in a petition addressed to the Brigade Commander, 35 Artillery Brigade, Nigerian Army, Alamala, Abeokuta, complained that herdsmen invaded their territories with soldiers and harassed their people.

PUNCH reports that the traditional rulers in the petition titled, ‘matter of urgency,’ dated January 7, 2020, said the incident occurred around 2pm on December 19, 2020.

“The Baale was asked to gather his subjects and people from nearby villages which he did. The suspected soldiers told the people that the purpose of their visit was to inform them that the Fulani herders would be coming into their communities to graze cows,” the monarchs said.

“After their address, they asked if anyone had question or comment to make in reaction to the information. Expectedly, one Mr Seye Mulero responded by calling the attention of the soldiers to the inherent challenges of allowing the herders in their communities based on the sad previous experiences in the community.

“That the said Seye Mulero further cited past killings, maiming and destruction of farms to buttress his point. Sadly, at this point, the soldiers seized him and mercilessly beat him up.

“In the same manner, the Fulani herders in company of the suspected soldiers left Ibeku for Asa, the adjoining village to address the Baale of Asa and his subjects as they had earlier done at Ibeku, the people refused to respond, having heard what transpired at Ibeku.

“However, one of the Fulani herders sighted some of people in the audience and picked on them as those that purportedly shouted on them at Ibeku while brutalising their victim (Seye Mulero). The herders asked the soldiers to also deal with them.

The monarch further said the state Commissioner of Police, Edward Ajogun, had on January 3 brokered a meeting over the matter at the Police Divisional Headquarters, Eggua.
‌
According to them, during the meeting, some of the herders confirmed that they brought the soldiers that escorted them while grazing their herds on the people’s lands, a development that the CP himself strongly condemned.

The monarchs asked the military authority to identify, investigate and prosecute the suspected soldiers for the alleged connivance and involvement in the attacks on the villagers by the Fulani herdsmen.

Attempts to get reaction from the 35 Artillery Brigade, Alamala, Abeokuta, failed as the new Army Public Relations Officer did not answer calls to his mpbile phone, while he had yet to respond to a message sent to his phone.

A source in the army, however, told our correspondent that the Army in Abeokuta was aware of the issues in the areas, disclosing that no fewer than four Fulani herdsmen were allegedly killed by the villagers and their remains could not be found

When PUNCH contacted the Police Public Relations Officer in the state, Abimbola Oyeyemi, he confirmed that there were lingering problems between the herders and the people into the area.