The Minister of Interior, Ogbeni Rauf Aregbesola has declared absolute support for the desire of The Osun Progressives (TOP), a caucus group within Osun All Progressive Congress to re-energize the party in the state.

Aregbesola who is the immediate past Governor of Osun, made the declaration when TOP members paid him Sallah visit on Friday.

According to him, TOP deserves support in the pursuit of its objectives in the bid to re-energize and strengthen the Osun APC

The TOP is canvassing the promotion of internal democracy, effective and efficient party management, remobilisation, reconciliation and networking the party for development, ensure transparency and accountability in party management.

Other objectives include promotion of equity, fairness and justice within the rank and file of members, ensure level playing field for members and initiating programmes that will that bring members into the fore of the party activities.

The minister recalled with nostalgia, the state of inertia of the Alliance for democracy (AD) in 2003 and the strenuous efforts it took in revamping, re-energizing and re-awakening it to become an election winner in 2007.

He noted that such experience should not be the lot of APC, a successor to the AD in the Progressives political camp.

He attributed the successful turn around of the fortunes of AD to God, dynamic leaders who were in the trenches and committed members, as he noted that all odds were against the progressives politicians of the time in bringing AD to wining ways.

He expressed readiness to work with “anyone who will not allow the the APC, our current progressive platform to go the perilous path the AD went in it’s time,” saying he doesn’t make enemy as a politician.

Ogbeni Aregbesola who welcomed the idea of TOP setting up of the Board of Trustees with him as the Chairman, Alhaji Moshood Adeoti, Rt.Hon Lasun Yusuff, Rt.Hon. Najim Salam, Comrade Gbenga Awosode as members, said the Osun APC Caucus made rational decisions in the choice but urged them to go out and canvassed the objectives of having a rejuvenated party for more leaders and members.

“Your objectives are noble, selfless and timely for the survival of our party. It is worth the support of a genuine progressive politician. Count me in, I will support your efforts” 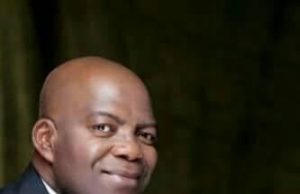