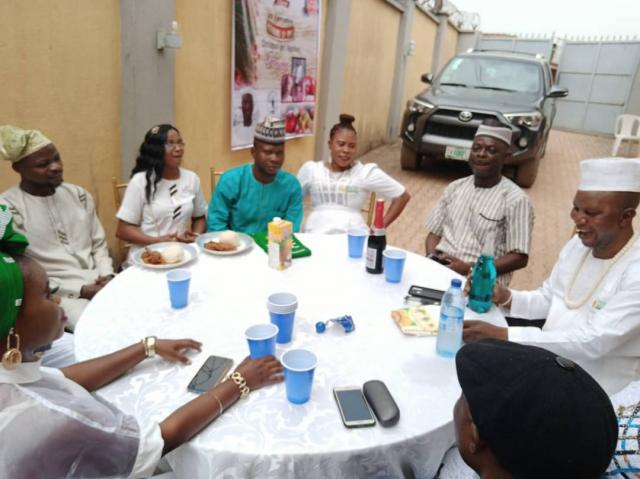 Ace businessman, Chief Benjamin Sowho and his wife, Funmilayo, the Yeye Oge of Yoruba Youth Agenda, Tuesday hosted the executives of the Youth Agenda at their palatial mansion in Giwa area of Agbado.

Speaking during the occasion, Mrs Sowho said she was delighted that her family played host to the executives, given the giant stride in agriculture and youth mobilisation for better Yoruba nation that the sociocultural organisation has achieved in the last one year.

She praised the patriotism of the organisation in keying in to the President Muhammadu Buhari administration’s agricultural policy.

“The organisation has tried in the area of youth empowerment using agriculture. We must also thank the Central Bank of Nigeria for supporting the agricultural initiative of the Yoruba Youth Agenda,” she said.

In his own remarks, Chief Sowho said the “path to greatness for the country lies in agriculture.” As according to him, “the current administration has tried in that regard. ”

Responding, the National President of the Yoruba Youth Agenda, Otunba Kingsley Adeyemi Adejumoh thanked the Sowho family for their contribution to the growth of the organisation.