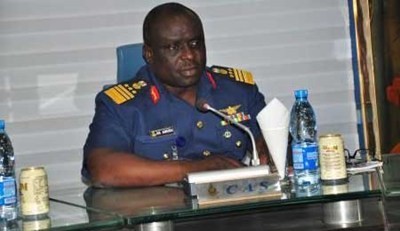 Soldiers on patrol on Sunday located 260 women and children on the outskirts of Chalawa village in Adamawa State where they had been held up while trying to escape from the Boko Haram terrorists.

The women and children have now been conveyed back to their various communities in Madagali after undergoing the normal security profiling.

Some of them disclosed that they had to abandon their homes to escape from the terrorists when Madagali came under their attack, while others were actually abducted and taken there.

The terrorists were however sacked from the Madagali recently.

A number of terrorists however died in an encounter with troops who caught up with them as they fled prior to the recovery of the women and children.

Some of the terrorists still managed to escape with varying degrees of gunshot wounds.

Others who were captured are now being interrogated by intelligence officers.

A machine gun, some rounds of ammunition as well as some motorcycles and bicycles were also captured from the terrorists.

A member of the vigilante group serving as guide to the troops was however wounded.

Meanwhile, the operation in Sambisa forest is continuing as troops are methodically searching every aspect of the expansive terrain.

Also, a man who specialises in supplying fuel and food to terrorists was yesterday morning nabbed in Daban Shata in the suburb of Baga, Borno State.

The military intelligence had been trailing him till he was eventually trapped in the early hours of Sunday.

He is presently undergoing interrogation.
Also, the Chief of Air Staff (CAS), Air Marshal Adesola Amosu, disclosed how improved technological know-how and acquisition of the required weapons, arms and ammunition have been helping the armed forces to monitor the successful prosecution of the Sambisa Forest operations right at the situation rooms at the military headquarters in Abuja.

Amosu disclosed this in Abuja while speaking with journalists after the Interdenominational Church Service in celebration of the NAF 51st Anniversary (NAF Day 2015).

He said the footage of the Sambisa operation, which they monitored at the NAF headquarters, Abuja, depicted the terrorists who were in disarray.

According to him, the level of technology deployed in the operations by the air force and sister services proved a pivotal role at not only dislodging the terrorists but in capturing the women, girls and children who were under Boko Haram captivity.

He said:  “What we put in the forefront when we came in was to increase and improve the operational capability of the force, and we have been able to do that substantially; right now we don’t need to talk too much, the testimony is out there in the field.

“We are thinking of getting technology that will give us the possibility from the rear, and we already have some aspects of it; some percentage of being able to see the battle from the rear and then you control the battle space from the rear.

“This is essentially what we have done, and I told you about the footages, you will be shocked that we were right here in Abuja watching and monitoring what was going on out there (Sambisa). “All we needed to do was to improve on this and get more technology so we can reduce the platforms and then Nigeria airforce will be in tandem with most of the super powers in the world,” he noted.

Amosu promised that the “NAF at 51 can conduct surveillance, gather intelligence necessary for the ground forces to take on the battle. We are able to conduct search and rescue, and also conduct medical evacuation.

“I wish you have access to the latest footage; where we have terrorist running. It is very amazing how we have turned the tide around and we are very proud of our officers and men of the armed forces that today we are standing strong and it can only get better.”
One of the most outstanding outcomes of the operation, the air force noted, was on the crucial support in supply of the required types of weapons by countries other than traditional Western allies, especially Pakistan and Ukraine among others.

“I will rest it on the expendable, as we were able to get some huge support from Pakistan. I don’t want to dwell too much on that, but what you see today, one of the major factors to the change in the battle arrangement, is those equipment, expendable that we got from Pakistan.

“Again we got some training, from Pakistan and Ukraine, we got huge support from most of the nations that elected to support Nigeria in our time of challenges, and we must remember to acknowledge this support,” he said.

Speaking further, the CAS expressed hope of recapturing or knowing the whereabouts of the two missing pilots, Group Captain Braima and Wing Commander Edima, with the liberation of Sambisa Forest and other areas.

He said: “There is hope. For me that was our own 9-11, the crash took place on September 11, and in addition to the search for the Chibok girls, we are looking for two of our pilots, who are some of our best.

“We are still looking for them hopefully as we dismantle the cells within Sambisa forest, we hope to make contact with those excellent gentlemen.”

The good news about the air force, Amosu insisted, “was about continuity because most of the members of the cell right now, one of them, will emerge as the chief of air staff. So the dream is collective.

“So when you are fighting war, you have to go for collective contribution and this is what we have done essentially, to carry everybody along in terms of thoughts, tactics, how to fight the war. I am therefore happy that today, even when we step down, there will be continuity,” he said.