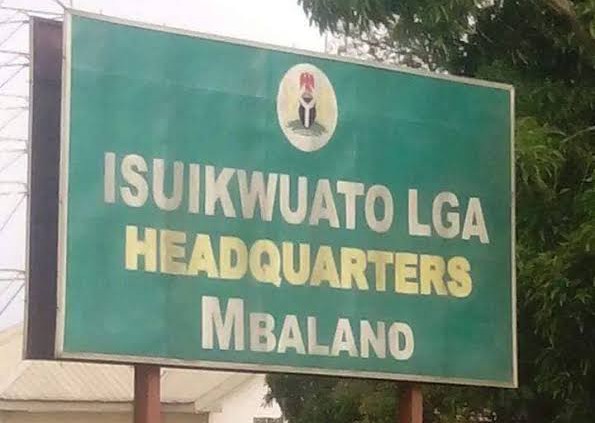 Ahead of the Peoples Democratic Party (PDP) party primaries in Abia State, traditional rulers from Isuikwuato and Umunnaochi local government areas of tge state, have waded into the party’s controversial guber zoning arrangement, with a demand that power should move to the old Isuikwuato district in line with the existing rotational arrangement, being championed by it.

The royal fathers made their position known in a statement titled: “The position and demand of Isuikwuato District in the Abia equation, come 2023”.

They lamented that the marginalization of the Isuikwuato district ( comprising Isuikwuato and Umunneochi local governments), represented by the letter ‘I’ in the acronym from which Abia is coined, remains an aberration in Abia politics.

In the statement, signed by the chairman of Isuikwuato/Umunneochi Traditional Rulers Council, Eze Godson Ezekwesiri and Secretary, Eze Uwadiegwu Ogbonnaya, the royal fathers insisted that the time had come to end the age- long exclusion of Isuikwuato from the power equation in Abia.

The royal fathers, therefore, called on all political parties in Abia to give their governorship tickets to candidates from Isuikwuato district in the spirit of equity, fair play and ‘be your brother’s keeper’ ethos of Igbo cosmology.

To make way for the resolution of the power equation, the traditional rulers demanded that “all political parties should zone their gubernatorial positions to the Isuikwuato District of Abia North Senatorial zone in the 2023 governorship election”.

Their statement read in part:”We call on our brother traditional rulers, opinion leaders, stakeholders all over Abia State to abide by the Anagha Ezeikpe declaration(which stated that Isuikwuato is in line to produce the next governor in 2023)”.

The Royal fathers delved into the historical records of the agitations for the creation of Abia and the power sharing arrangement put in place by the founding fathers and concluded that the rest of Abia have not been fair to Isuikwuato district.

They lamented that since the creation of Abia in 1991, no person from Isuikwuato has occupied the position of Governor, Deputy Governor, Speaker of House of Assembly, Chief Judge, Head of Service, Chief of Staff, Deputy Chief of Staff, among other top positions in the state.

According to the traditional rulers, the erroneous narrative of lumping Isuikwuato into old Bende has been deliberately used to deny the district its rightful place in the scheme of things, thereby deviating from the Abia Charter of Equity, which is the basis for power sharing in the state.

“It is therefore of great concern and worry that since 2019, Abians have been deceived and made to believe that what remains of ABIA state to-day (with the exit of old Afikpo Division in 1996 to Ebonyi state) is made up of the old Bende and Aba Divisions,” the Royal fathers said.

They challenged those “deceiving” the people with the old Aba and old Bende narrative to explain to the people why the Isuikwuato District with the letter “I” in the acronym has been completely forgotten in the scheme of things in what is supposedly God’s Own State”.

“This is most unfair and a deviation from the dreams, of the founding fathers of the state, with few still alive”.

To further solidify their demand for micro-zoning of governorship tickets to Isuikwuato, the traditional rulers appealed to other aspirants from Abia North to respect the Abia Charter of Equity, adding that aspirants from Isuikwuayo should remain resolute in their pursuits.

“To our sons in the gubernatorial race, they should go ahead and not succumb to any other position below the position of Governor dangled before them. This is our time and chance to produce the Governor of God’s Own State 2023,” the royal fathers stated