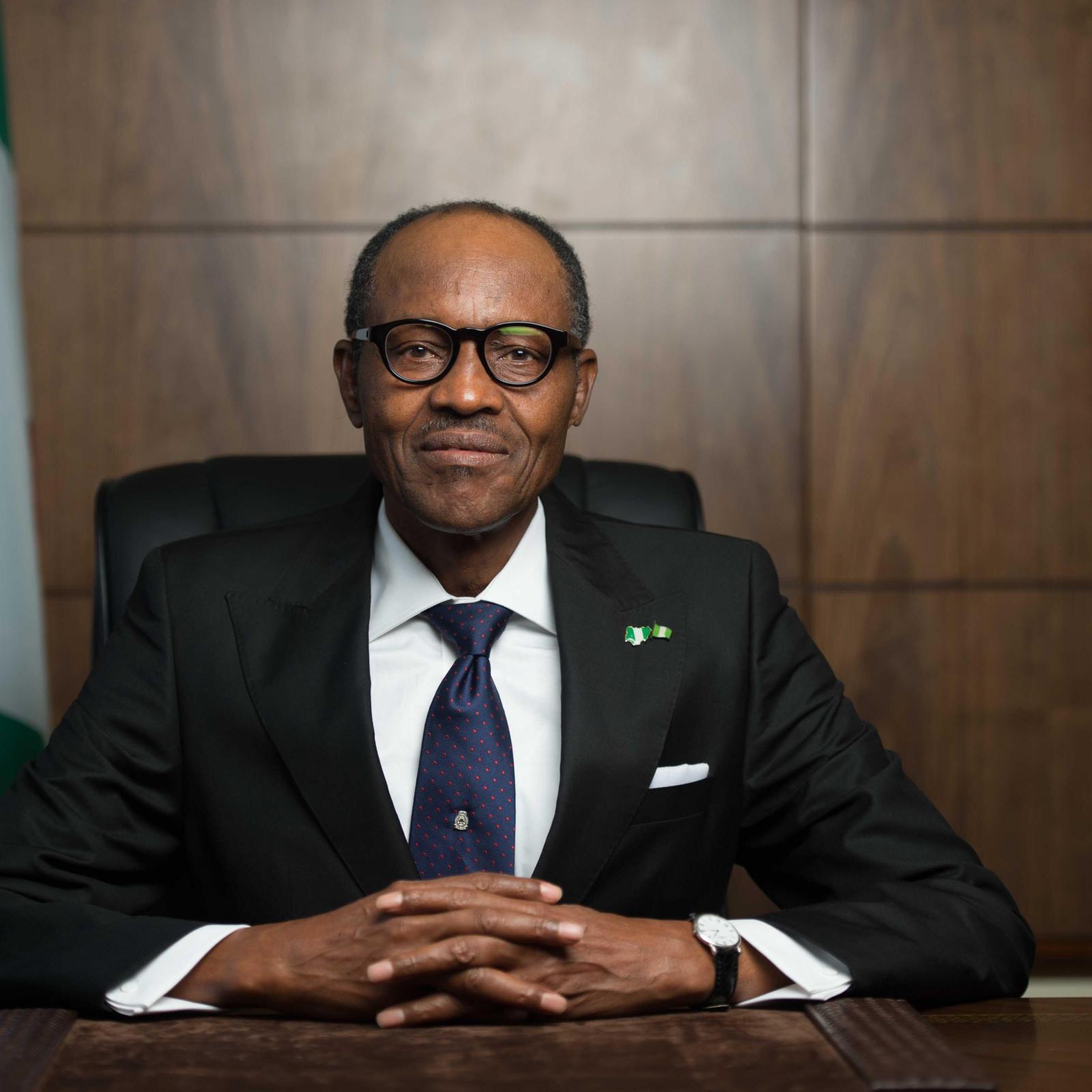 Since the historic victory of Gen. Muhammadu Buhari (retd) in the presidential poll after failing in three previous attempts, politicians within and outside the All Progressives Congress (APC) have been jostling to have a place in incoming administration.

However, there are some Nigerians who are expected to be influential in the new regime irrespective of who and what they are. These politicians played key roles in ensuring that Buhari emerged victorious in his last attempt at the presidency and are the ones going to shape the new government. Asiwaju Bola Tinubu is the national leader of the All Progressives Congress and the man who is believed to have played the biggest role in the Buhari’s victory. Tinubu is said to have supported Buhari right from the party primaries through the campaigns.

There were reports that some governors and former governors like Prince Abubakar Audu were in support of governor of Kano state, Rabiu Musa Kwankwaso to emerge as the party’s presidential candidate. However, Tinubu stood with Buhari from start to finish.

He also mobilized the South West APC governors for a robust campaign for Buhari. Tinubu shelved his ambition of becoming the Vice-President for peace to reign within his party and instead nominating Prof. Yemi Osinbajo as the vice presidential candidate of the party.

His remarkable contribution to the formation of the APC and Buhari’s victory is a clear indication that he would have a say in the scheme of things after May 29.

Rotimi Amaechi, the governor of Rivers state, will be one of the main benefactors of the Buhari administration because of his role in the emergence of Buhari as President.

Despite the fact that Buhari did not win in Rivers State, Amaechi’s travails in the hands of the Presidency would not be overlooked by Buhari.

At his book launch in Lagos last week, Amaechi said, “I would have been in trouble if Buhari had lost because the President had given an order for me not to be allowed to leave this country if he had won the election.”

His bravery endeared him to Buhari and APC supporters across the country. He is the most loved person form the South-South region in the Northern parts of the country because of his total commitment to Buhari’s campaign. He also supported financially to the campaigns and even in the primaries. During the race for the vice presidential candidate, Amaechi’s name featured prominently but he was later made the Director-General of the presidential campaign organization and he acquitted himself properly. Pundits are of the view that Amaechi did not really lose in Rivers state if the elections were free and fair polls in the state.

Now that Buhari has emerged victorious, political pundits believe that Amaechi would be among the select few who would call the shots in the Buhari’s administration. Also is the fact that Buhari has personal likeness for Amaechi and his courage to stick to his convictions in the face of obvious danger.

The former Vice-President is another heavyweight that is being tipped to wield influence on Buhari’s government. It would be recalled that Atiku contested in the historic APC Presidential primary election which produced the party’s candidate. Though Atiku lost the election to Buhari, without mincing words, he pledged his unflinching support for Buhari.

Already politicians jostling for positions from the North East have besieged the Abuja home of the Turaki Adamawa to lobby for his support. With his wealth of political experience, Atiku is being considered to become the party’s Chairman of Board of Trustees (BoT).

Although Atiku might not hold any position in the government, it is likely that his men will be given portfolios. For instance, his media assistant, Garuba Shehu is the Director of publicity in the Buhari campaign.

Ever since Buhari was declared winner of the Presidential election, the former President’s hilltop mansion at Otta has become a sort of Mecca for politicians who cut across ethnic strata.

Politicians from all over the country have been visiting the Otta home of Obasanjo because they know the influence he can wield over the President-elect. For one Obasanjo took up the responsibility to expose some of the failings of the Jonathan’s government even though some may argue that he did out of malice. The climax of his grouse with PDP and Jonathan was in the tearing of his PDP membership card before a full audience.

Most political analysts are of the view that without Obasanjo’s rift with Jonathan, the APC wouldn’t have had it that easy.

Obasanjo was a thorn in the flesh of Jonathan before the election. From his 18 page letter to Jonathan accusing him of corruption and training killer squad, Obasanjo set the stage for the unmitigated attacks on Jonathan.

The final nail in the Jonathan presidential coffin was when Obasanjo endorsed Buhari publicly. The former president now enjoys the trust and respect of Buhari and has even presented a Memo to the President-elect on some of the issues affecting the advancement of Nigeria through a Think Tank team he commissioned recently.

Mamman Daura might not have been active during Buhari’s campaign, but he is one of the few that Buhari trusts. Daura, who is Buhari’s nephew, is a veteran journalist and industrialist. He was, among others, editor of the New Nigerian newspaper and later its managing director.

It is also believed that he was one of the few individuals that played significant roles during the Buhari/Idiagbon regime in 1983.

Joda who is considered to share same ideals with Buhari when it comes to civil service, policies and governance is believed by many to have influence on Buhari.

Ahmed Joda’s appointed as Chairman of the transition committee did not come as a surprise to those who know how respected he is in the circle of ‘old school’ politicians. Joda, was one of the super enduring secretaries during General Yakubu Gowon regime.

He is a close friend of Obasanjo and a former chairman of the Nigerian Communication Commission (NCC).

Mallam Nasir El-rufai is well respected by the President-elect, Buhari for his political views. El-Rufai was one of the most vocal opponents of the Jonathan administration. He is loved by the Northerners for constantly criticizing the administration of Jonathan and fighting for the Northern agenda.

The former minister of the FCT and Kaduna state governor- elect leads a group of technocrat-turned-politicians that may play an important role in Buhari’s government. El-Rufai is believed to be very close to the President-elect due to the similar views they share and he is even being touted among those who will succeed Buhari.

Tam David-West served as federal minister of petroleum and energy under Buhari (1984–1985). He is one of the most trusted and loyal allies of Buhari. Despite his age, he defended Buhari all through the campaign period. He was always available to dispel any negative remarks about Buhari. There have been reports that he might be appointed as the minister of petroleum. But it is unlikely given his age.

However, whether he is appointed or not, analysts are of the view that he would play a role in the incoming administration one way or the other.

Many political analysts are of the view that Fayemi’s over bearing influence on Buhari is a source of worry for Tinubu, who is doing everything within his powers to ensure that Fayemi doesn’t get any political appointment.

However, it is believed by many that Buhari is fond of Fayemi due to his good organizational skills. It would be recalled that Fayemi was the Chairman of the APC National convention committee that organized the party’s primaries in Lagos.

Fayemi was responsible for most of the social media support Buhari got. He was also the brain behind the APC situation room which monitored the voting and the collation of results during the elections.

Mama Taraba as she is popularly called might have lost the Taraba governorship election to the Peoples Democratic Party candidate, Darius Ishaku, the APC candidate in the poll has demonstrated that she is a force to be reckoned with.

After she retired from service, she won election on the PDP platform to represent Taraba North Senatorial District in 2011, but defected to the APC to seek the governorship ticket ahead of the 2015 general elections. She is perceived to be the most influential woman within the APC now.

The former chief of army staff is the Director in charge of security directorate at the APC presidential campaign council. He is being tipped as the new NSA ahead of Ibrahim Coomasie and another candidate.

The Imo state governor and chairman of the Progressives Governor’s Forum is among the few that staked his neck and risked losing his seat because of his defection to APC from APGA. But Okorocha survived and the rest is now history. In the South East region, Okorocha is perhaps the only prominent Igbo leader in the APC and he ensured that Buhari got the twenty five percent votes in the presidential election in Imo state.