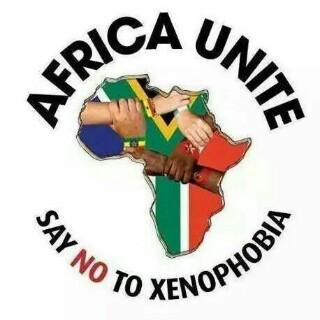 The xenophobic attacks in South Africa is drawing a battle line between the country and the rest of Africa, EMEKA EJERE, writes

The closure Wednesday of South African consulate in Lagos following Protests by Nigerians against attacks on foreigners in South Africa, is another indication that the xenophobic attacks going on in the former apartheid country  may trigger a war too big for a country.

But the current anti-immigrant violence has been widely blamed on a speech made last month by King Goodwill Zwelithini, traditional leader of the Zulu ethnic group, in which he linked foreigners to crime and said they must “take their bags and go”. The king, however, has since claimed his words were misconstrued.

“This is a very difficult thing to explain because the vast majority of South Africans do not support these attacks. It’s only few individuals who are engaged in this acts,” said Mr. George Nesengane, First Secretary, Political, South African Consulate General, Lagos, in an interview with Hallmark.

Most people who have taken a critical stand against the attacks have also mentioned that it is not just an act of brutality, but a sign of ungratefulness on the part of South Africans. These critics recall that South Africans were able to conquer the apartheid regime through the overwhelming support of many African countries, with Nigeria very prominent on that list.

“During the apartheid era in South Africa, Nigeria was one of the foremost supporters of black South African liberation movements especially the African National Congress (ANC). Then the Nigerian government issued more than 300 passports to South Africans seeking to come to Nigeria or travel elsewhere,” Felix Ojonugwa, a journalist recalls.

“In addition, the defunct National Council of Nigerian Citizens (NCNC), first republic political party led by the founder of modern Nigeria, Dr. Nnamdi Azikiwe, provided home for the late Nelson Mandela in Lagos till Mandela decided to go back to South Africa and begin the resistance against apartheid.”

In an interview with Leadership Newspaper, Mrs. Imade Ize-Iyamu, a Lagos based communication executive also re-echoed the sentiment of many Nigerians.

“Despite our efforts towards the liberation of South Africa, we are still treated with little or no respect. Even during the memorial service of late Nelson Mandela, whom Nigeria stood by during the apartheid regime, our president was not even allowed to speak or show some final respect to Mandela. But western countries that stood against Mandela at that time were given preferential recognition. This shows how they feel towards us,” she said.

Popular AIT presenter and humanitarian worker, Adanma Odefa, said, “Is there still a government in South Africa? How can the crazy killings go on for this long without containment? What is going on with Zuma?

These evil people doing these things should personally answer for it and the AU should send troops into South Africa to protect innocent citizens of other African countries if the South African government is unable or unwilling to put an end to the madness.”

But in a statement, President Jacob Zuma said: “These attacks go against everything we believe in. The majority of South Africans love peace and good relations with their brothers and sisters in the continent.”

“We are certainly going to stop the violence. South Africans are not xenophobic. If we don’t deal with the underlying issues, it will come back.

“We have taken a decision that we don’t want to see it again and therefore we are going to be working together with that determination.”

Also with the support of the opposition All Progressives Congress (APC) that just won the presidential election, government has threatened to close down South African businesses in Nigeria if the situation was not brought under control.

Similarly, the National Association of Nigerian Students (NANS) has threatened to demand the closure of South African businesses in Nigeria if the xenophobic attacks continue.

There was report of protest by some Nigerians at the MTN office in Benin-City, Edo State, on Monday. MTN and Multichoice, among other mega South African businesses operating in Nigeria, have been doing business very peacefully in Nigeria over the years without any form of disturbance from Nigerians.

The Nigerian High commission in Pretoria has already announced the possible evacuation of Nigerians, including those who cannot afford travel tickets from South Africa starting from  April 20.

Senator-elect, Comrade Shehu Sani, who is also the president of the Civic Right Congress of Nigeria, said that the xenophobic attacks against Nigerians living in South Africa stands unreservedly condemned.

“South African xenophobes are anti-African reactionaries and counter-revolutionaries. They are vestiges and residues of apartheid rule… The perpetrators of those acts of violence represent an evil force against African unity, solidarity and future,” he said.

The Trade Union Congress of Nigeria, in a statement signed by its president general, Comrade Bobboi Bala Kaigama,  also expressed concern over the attacks, especially against Nigerians.

“It is true that the government of South Africa and other countries of the world have condemned the attacks, yet we demand that the (South African) government investigate and punish those involved in accordance with provisions of the law of the land”, the statement read.

Many Nigerians have called for the rapid industrialisation of Nigeria in order to reduce the surge of Nigerians to other countries to take up petty jobs where they are treated with little or no regard.

In Zambia, a privately owned radio station has stopped playing South African music in protest. In Mozambique South African vehicles have been pelted with stones.

Protests against the xenophobic attacks in South Africa are also very evident on the social media. On Twitter, the hash tag #XenophobicSA has become very popular and used to condemn the dastardly act. Also on Facebook and other social media platforms, local and international condemnation has trailed the attacks.

“Our comrades in South Africa have greatly surprised us by instigating a nasty campaign they once fought against. If segregation was wrong yesterday, it is also wrong today. If discrimination was unacceptable yesterday, it must also be unacceptable today. If injustice was a bad precedence during the era of apartheid, it is also a bad precedence during a multi-racial South Africa.  Those who believe in a free and just society are questioning the revolutionary legacy of Black South Africans momentarily. If all Africans become xenophobic, there would be no space for anyone to exist. In fact, there will be no continent called Africa. Xenophobia in South Africa is becoming a common way of expressing public disenchantment.”

A history of Xenophobia

Historically, xenophobia is not a strange phenomenon to South Africa. Between 1984 to 1993, there were attacks against Mozambican and Congolese immigrants seeking refuge in South Africa. These immigrants were denied access to economic resources, primary health care, and other social entitlements.

According to a 2004 study published by the Southern African Migration Project (SAMP), xenophobia in South Africa is perceived to have significantly increased after the installation of a democratic government in 1994. 21% of South Africans were in favour of placing a complete ban on entry by foreigners and 64% were in favour of strict limitations on the number of foreigners allowed.

According to a 1998 Human Rights Watch report, immigrants from Malawi, Zimbabwe and Mozambique living in Alexandra township were physically assaulted over a period of several weeks in January 1995, as armed gangs identified suspected undocumented migrants and marched them to the police station in an attempt to ‘clean’ the township of foreigners. The campaign, known as “Buyelekhaya” (go back home), blamed foreigners for crime, unemployment and sexual attacks

In September 1998, a Mozambican and two Senegalese were thrown out of a train. A group returning from a rally that blamed foreigners for unemployment, crime and spreading AIDS carried out the assault. In 2000, seven foreigners were killed on the Cape Flats over a five-week period in what police described as xenophobic murders possibly motivated by the fear that outsiders would claim property belonging to locals.

In October 2001, residents of the Zandspruit informal settlement gave Zimbabweans 10 days to leave the area. When the foreigners failed to leave voluntarily, they were forcefully evicted and their shacks were burned down and looted. Community members said they were angry that Zimbabweans were employed while locals remained jobless.