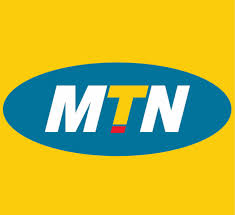 Concern is rising that the on-going wave of attacks on foreigners living in South Africa and their businesses may soon witness a backlash from Nigeria against MTN, MultiChoice and other business organisations operating in the country.

Since the xenophobic attacks began, isolated protests by Nigerians across the country have been causing uneasiness in the South Africa-owned telecoms operator, MTN, MultiChoice and Shoprite.

With the recent recall of Nigeria’s High Commissioner to South Africa, Martin Cobham, and his deputy, UcheOkeke, in protest against continued attacks on Nigerians and other foreign nationals by locals in the country, there are indications that the country will soon take stern stance against South Africa by way of sanctions on its businesses in Nigeria.

While the federal government is observing diplomatic procedures to express its displeasure over the xenophobic act against Nigerians, protests are already being directed against telecommunications giant, MTN, MultiChoice and Shoprite which are South African-owned companies.

In response to protests and threat of reprisal attacks by concerned citizens- especially the youths, Corporate Service Executive, MTN Nigeria, Wale Goodluck, cautioned against vandalism of Nigerian-based MTN offices as a way of retaliation for the ongoing xenophobic attacks in South Africa.

He stated that any attack on MTN offices in Nigeria would further affect Nigerians, as almost 99 percent (about 6,000 in number) of their work force are Nigerians.

There are strong moves by some activists and groups calling for a boycott of MultiChoice, MTN and Shoprite services across the country.

If this step is made real, hundreds of millions of naira would be lost by MTN and other South Africa-owned firms in Nigeria.

Also opposing the boycott moves being pushed by some Nigerians, Goodluck faulted the idea, noting that boycott of MTN services would render about half a million Nigerians jobless because of the connecting employment chain the company has created.

Prior to the xenophobic attacks, Nigerians frowned at the Multichoice planned increase of its payTv services- DSTV and GoTv subscription fees to take effect on April 1, 2015. Many Nigerians kicked against the action which eventually led to court action.

While the court restrained the payTv company from increasing the fees until a further, Multichoice snubbed the court order to maintain the old fees.

The development made some Nigerians to ask for the arrest and prosecution of the Managing Director of the company, John Ugbe for court contempt.

The spate of xenophobic attacks which began about a month ago has not abated as more lives have been lost with destruction of property of foreigners, including Nigerians.

Perhaps, in anticipation of possible revenge by other countries, South African President, Mr. Jacob Zuma, has condemned the attacks in a statement presented to the South African National Assembly.  Zulu king, Goodwill Zwelithini, whose alleged inciting comment provoked the attacks has also frowned at the action.

While the spate of attacks by South Africans continues, the diplomatic confrontation by Nigeria may be a tip of iceberg if urgent steps are not taken to stem the tide.

Observers posit that the patience and big brother nature of Nigeria may soon change a tune that could see economic attacks on South African companies in Nigeria, especially MTN and Multichoice. 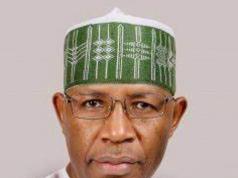 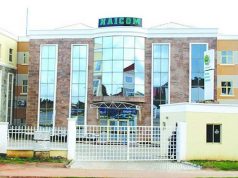