Home Special Report ‘The seeds of neo-Nazism are germinating,’ 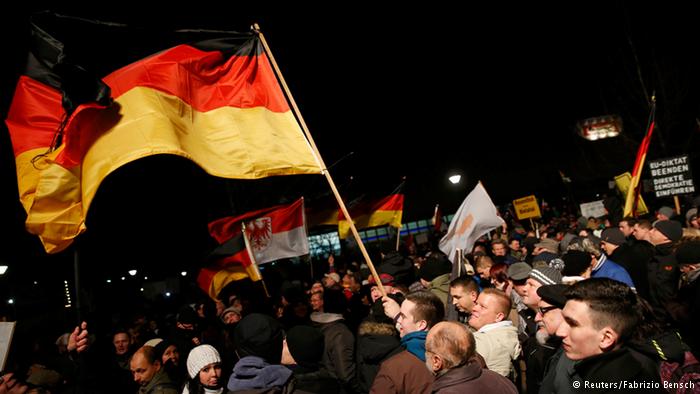 The arson attack at a housing block in Tröglitz – where 40 refugees were to move in next month – has taken the recent xenophobia here to a new level, says the town’s former mayor. Out of fear, he stepped down last month.

Police in Saxony-Anhalt have confirmed that an outbreak of fire at a housing complex in Tröglitz was arson. Evidence could be found that the house had been broken into, and that a form of lighter fluid had been used to ignite the roof structure.

Markus Nierth stepped down as mayor of Tröglitz in early March

For Markus Nierth, former mayor of Tröglitz, there’s no doubt as to who was behind the attack.

Markus Nierth: We’ve been hearing threats for a number of weeks now that something would happen to the house in Tröglitz. We thought it was just about spreading fear, that [the extremists] wanted to make us scared and that we would give up out of fear. Now, […] it’s clear that they have taken this whole thing to a new level.

DW: You stepped down as mayor of Tröglitz out of concern for the safety of your wife: If Saturday’s fire was indeed set by those who oppose the asylum house, have those concerns been confirmed?

I would hesitate to collate my situation with that of the refugee house. However, given the support that my wife and I have demonstrated for the cause of housing refugees in Tröglitz, I can see the link you are suggesting. As soon as the NPD and other [right-wing] members showed up outside our house, I realized it was time to call it quits. That’s not funny anymore.

Given the intensity of the situation, do you think the police should have kept better watch of the planned asylum house?

As a matter of fact, yes. And it gets worse. There were people living there. A German couple was in the house when the fire was set to the roof structure. Thank God, they were warned by a neighbor and got out in time! This is all so terrible and shows the extent to which these people will go.

So there was no police presence outside the house?

Tröglitz is a small village in Saxony-Anhalt, not very far from Leipzig and Dresden, where in the past months the overtly xenophobic movement PEGIDA (Patriotic Europeans against the Islamization of the Occident) has enjoyed popularity. Would you say that the average person on the street in Tröglitz sympathizes with such a stance towards foreigners, not to mention asylum seekers?

Most of my experiences with the people here have shown me that this simply isn’t the case. However, I must say that xenophobic attitudes are becoming more and more part of what is accepted here. We are starting to encounter a real problem with what’s known as the “silent middle,” a kind of latent xenophobia in broader society that threatens to spread.

Tröglitz is in Saxony-Anhalt, just southwest of Dresden, where PEGIDA took hold

Saturday’s arson attack could even be interpreted as a horrific signal. Individual human beings broke into a place where refugees are to be housed – people we are bound to protect – with the hopes of burning the place down. We now could be seeing just how real this violence is, that the seeds of neo-Nazism are germinating right here. And that’s why it’s time to stand up.

This evening, at 5 p.m. in Tröglitz on the Friedensplatz (Peace Square), we will stand up to the horrific xenophobia and violence of these people. We will be there just to show them that we aren’t afraid. We are calling on everyone from the entire region who wants to support us to come to Tröglitz. We will do everything in our power to put this refugee house up, and if not then we’ll have to offer our own living space to them.

So you are willing to invite refugees into your house?

Not my own house, exactly, but I have property in Tröglitz where they could certainly stay. And there are already other people around here who are prepared to offer the same thing. This won’t end with one burned roof.