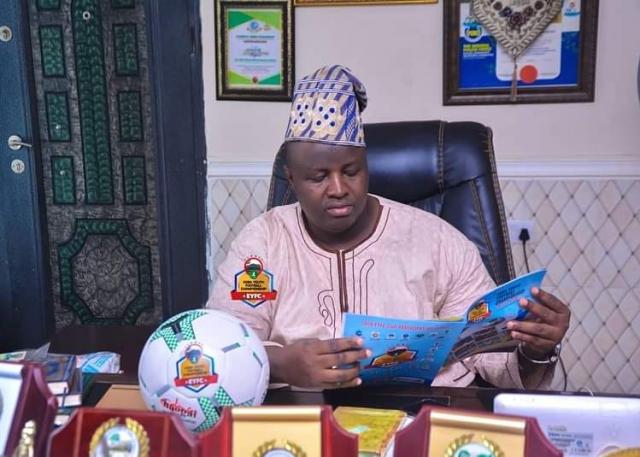 As the dust raised by the nationwide #EndSARS protest gradually settles, the National Vice Chairman, Southwest of the Police Community Relations Committee (PCRC), Alhaji Mogaji Olaniyan Ibraheem at the weekend expressed displeasure over attacks on Policemen and their facilities across the country while the protest lasted.

He was particularly irked by the alleged killing of Police men by the rampaging hoodlums who also engaged in the destruction of public and private property especially in the South West and called on Nigerians to apologize to the Police Authorities, particularly the Inspector General of Police.

Olaniyan who made his positions known while speaking with Newsmen in Abeokuta also expressed outrage over the recent ban of the Special Anti-Robbery Squad (SARS) by the Federal government.

“The PCRC in the South West part of the country does not support the federal government’s decision on the disbandment of SARS due to the numerous achievements the squad had recorded in the area of fighting crime and criminality in Nigeria.” Olaniyan noted.

He alleged that the protests were sponsored by those he said were beneficiaries of crime and criminality in the country.

“What happened in the country recently, was that it was crime that was fighting back. When you fight crime to a point, if care is not taken, it would fight back. It is those who are benefiting from crime that sponsored the protest”.he said

The PCRC man who agreed that Police Personnel were not saints gave kudos to the Force, noting ” the Police is the most disciplined profession in Nigeria. It is only in the police that you will report misconduct of any officer and such officers will be punished.”

“Criminals ganged up against the country and we fell for it. The recent protest was not against the police, but it was against the nation, therefore, we need total change in this county.”he added.

He noted that the fear of SARS had one time sent criminals out of most towns, saying that after the nationwide protest, criminals were now back, terrorising the people.

” They are now having free days. With some of the jails that were broken during the protest, we now have over 2,500 hardened criminals back into the society”said ,,the man

He continued “To show that it was crime that was fighting back, immediately the federal government banned the SARS, the hoodlums started attacking police facilities cross the country, vandalising and burning those facilities, killing police personnel and there is nobody condemning the attack on police facilities, as well as the harassment, humiliation and killing of police officers. This is not good enough. They are human beings, they have families like everyone of us”

He called on the Federal government to give all the slain officers national awards and also give adequate compensation to their families.