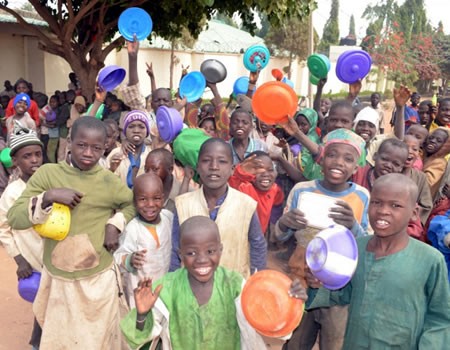 The number of Nigerians that are poor has now been estimated to be 82.9 million. This is revealed in the latest Poverty and Inequality Report released by the National Bureau of Statistics, NBS.

According to the Nigerian Living Standards Survey (NLSS) report released by the NBS, and covering the year 2019, 40.1% of Nigerians are classified as poor by national standards.

Further details provided in the nation-wide survey show that on the average, northern states in Nigeria rank poorest.

According to the report, 9 of the top 10 poorest states in Nigeria ere from the northern region, with Sokoto, Taraba and Jigawa being the poorest of the pack.

The report also reveals that a massive 52.1% of rural dwellers in Nigeria are poor, while only 18.04% of urban dwellers are classified as poor. According to the NBS, on average, 4 out of 10 individuals in Nigeria have real per capita expenditures below N137, 430 per year, which translates to N376.5 per day.

The Nigerian Living Standards Survey (NLSS) is the official survey that is the basis for measuring poverty and living standards in the country.

It was between September of 2018 and October of 2019, that the National Bureau of Statistics conducted the latest round of the NLSS after a decade of not doing same.

The survey is also representative of the situation at the state levels having worked with a sample size of 22,110 households, focusing on increasing household and individual demographics (age, gender, marital status, among others), access to education, health and basic services, employment, assets, and income. The survey is used to measure prevalence of poverty and to estimate a wide range of socio-economic indicators including bench-marking of the Sustainable Development Goals, SDGs.