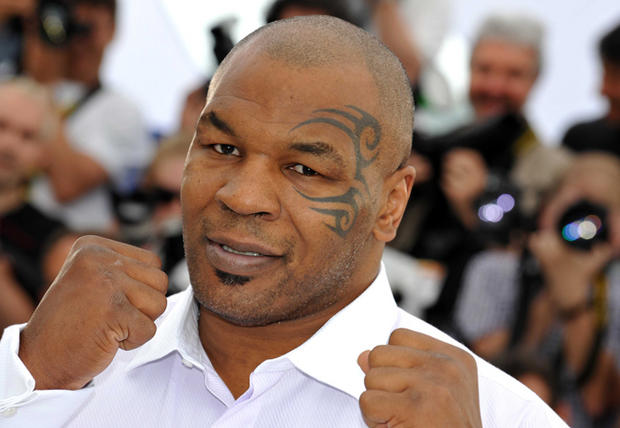 Former heavyweight champion, Mike Tyson us roaring to go more places as he has officially joined the cast of the movie ‘’IP Man 3’’ in Shanghai, China now in the making under the watchful eyes of Shi, founder and CEO of Shanghai Kiailu Investment Group.
Martial artist Donnie Yen who will reprise his role in the movie’s third part, exchanged gifts with Tyson on his arrival with the once dreaded boxer offering him boxing glove after receiving a set of mook jongs from him.
Tyson, according to the producer, decided to be part of the movie after a conversation with him on a Chinese on a Chinese Kungfu movie earlier this year. Shi was in Los Angeles then for the Oscars and investment opportunities with Paramount Pictures.
Tyson said he is a big fan of IP Man 3 and has watched its first two parts more than three times each,
‘’I liked reading martial arts novels when I was a little child and have been fascinated with Kung Fu since then.’’ said Shi. And he continued; ‘’I think of myself as macho, generous and bold. Just like those novel characters. After talking with Tyson I also found him warm and loyal to friends. That’s why we swore to be brothers.’’
IP Man (1803-1972) was a Chinese martial artist who popularized the practice of Wing Chun. A disciplined and specialized close combat, one of his famous pupils was Bruce Lee.