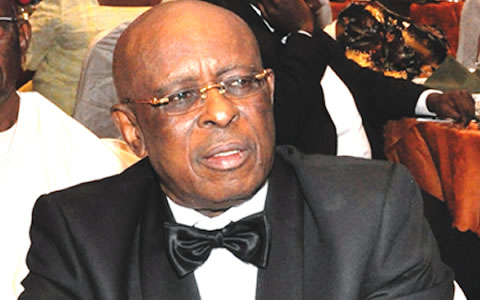 Former governor of Ogun state, Olusegun Osoba has lost his political base in Ogun state as his SDP failed to win any seat both at the state and National Assembly following his defection from the APC. OKUNADE ADEKUNLE reports

The National Leader of the Social Democratic Party (SDP) and former governor of Ogun State, Aremo Olusegun Osoba may eventually go into political retirement or irrelevance as his party was unable to win the governorship election or any of the three Senatorial seats which his men controlled when he was still in the All Progressives Congress (APC) in Ogun State. Osoba’s fallout with the incumbent governor Ibikunle Amosun is a total disaster for Osoba who was in charge of the state’s House of Assembly in 2011, being that his associates won majority seats.

The supremacy battle between Osoba and Amosun which led to the former dumping APC has eventually destroyed the political future of Osoba in the state, and also affected his relationship with the National Leader of APC, Bola Ahmed Tinubu, who many believe supported Amosun during the fight.

It is right to point out that Osoba continued fight with Amosun has also alienated him from many other political leaders in the state, including traditional leaders and former President Olusegun Obasanjo, who believed that Osoba was against the giant strides of Amosun’s administration as he mobilised some legislators in the state against Amosun. With this, some of the Egba kinsmen see Osoba as an ungrateful person who never believed something good would come out of Amosun’s administration because of his withdrawal of political support for Amosun’s government.

The first problem Osoba had with Amosun was over the treatment of Osoba loyalists by Amosun’s political group in the scheme of things in the state. The coming into power of Amosun was believed to have the backing of Osoba who was brought into the idea by Tinubu, when Amosun dumped the defunct All Nigeria Peoples Party (ANPP) to pitch his tent with the then ACN on the platform he used to win the governorship.

It should be noted that Amosun who had a strong political structure which controlled the defunct ANPP moved into ACN with a formidable structure to forge alliance with the Osoba led ACN to displace former governor, Otunba Gbenga Daniel (OGD) who called the shots in the politics of the state then. In 2011, Daniel tried to install a successor who would be loyal to him after the exit from power but he failed due to his dispute with former president Olusegun Obasanjo.

When the state government was to conduct the local government election, there was serious battle between the Osoba group and the Amosun-ANPP faction over the choice of candidates for both the council Chairman and the councilors, as the two leaders were locked in a serious showdown.

Some of the loyalists of Osoba who were the foundation members of the defunct ACN who believed they were sidelined in the appointment of Commissioners, Special Advisers and other appointments wanted to dominate the council while some of Amosun’s loyalists who believed that they have been with Amosun since the days of ANPP were on his neck to get the tickets of the party at the local government election.

With this, the battle between Osoba and Amosun heated up the state’s polity but at the end the positions were shared between the two leaders.

Nine local government slots were given to Osoba and Amosun got 11 slots. With this sharing formula, Osoba was not satisfied with the formula as he wanted to have control of who gets what in the party. However, with the involvement of party leaders within and outside the state, the two leaders were able to shield their sword so as not to break up the party.

As the dispute continued, the party’s Senators and House of Representatives members who were purely Osoba’s loyalists were also mobilized against Amosun. In their various constituencies they rose in condemnation of Amosun’s government and his projects in a bid to rally the citizens of the state against his government.

The Senator representing Ogun East, Senator Gbenga Kaka, who was Osoba’s deputy governor between 1999 and 2003 led his colleagues from the National Assembly to launch a strong political attack against Amosun, the move which led to the dumping of the party by the lawmakers to join the SDP under which they contested but lost woefully to the candidates of the APC at the 2015 general election.

In the Ogun state House of Assembly, which was initially controlled by Osoba’s men, Amosun was able to win some of the Osoba’s loyalists to his political camp to neutralize the strong influence of Osoba in the Assembly and the state’s politics. One of the staunch Osoba loyalists who came into the Assembly through the support and goodwill of Osoba from Ado-Odo/Ota local government, Hon Nurudeen Aina, shifted his loyalty to Amosun as the battle was on.
It will be right to state that as Osoba’s political party, the SDP lost in the 2015 general elections in the state and with the tsunami that swept his loyalists who are in the National Assembly off their feet including Prince Segun Adesegun, Amosun’s former deputy governor, the political stature of Osoba has been diminished. The victory of Amosun and defeat of President Goodluck Jonathan has finally nailed his political future especially in Ogun state.