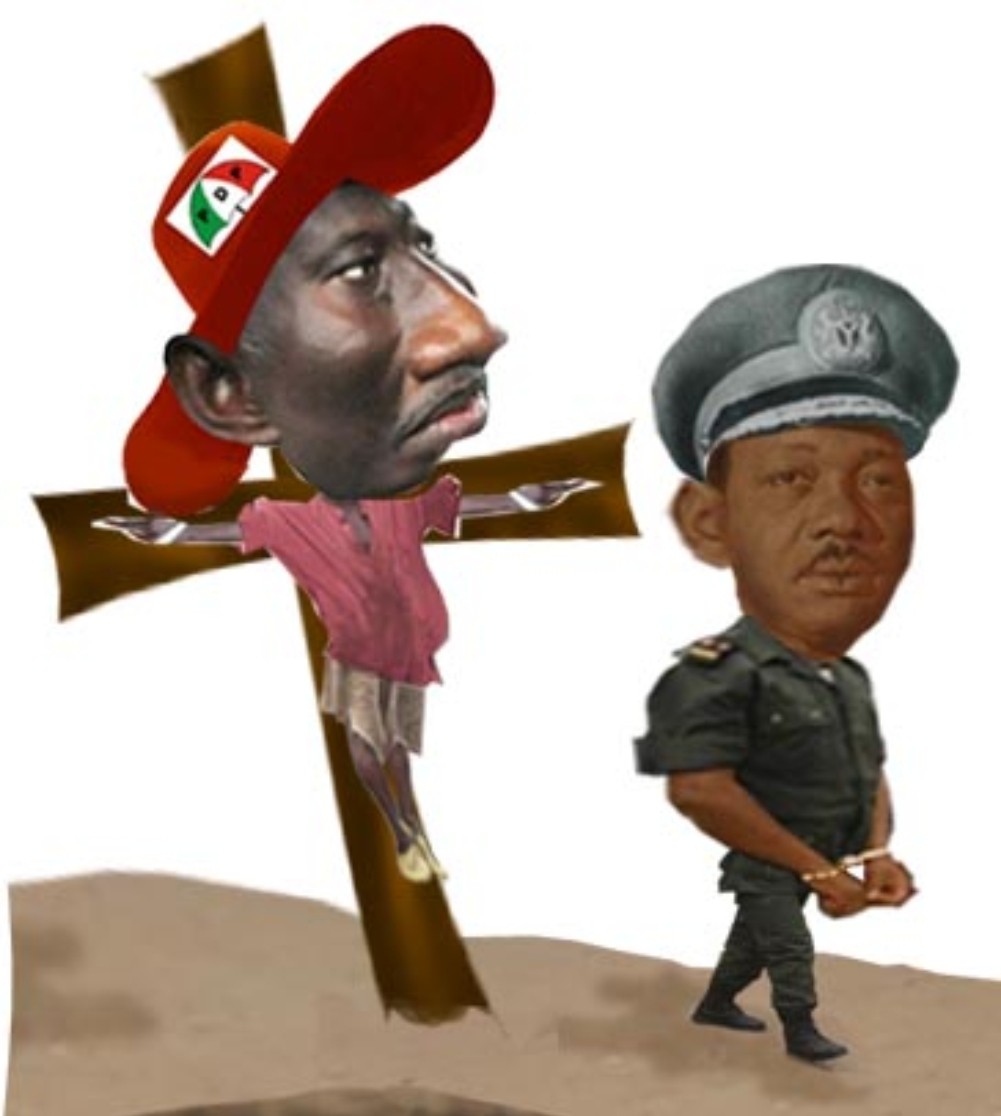 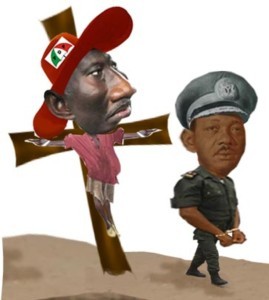 The media never went for President Obasanjo’s jugular, except during the anti-3rd term agenda which was also an internal battle. Unknown to many, it was former Lagos state Governor, Bola Ahmed Tinubu, who mobilized the media to wage that war, because he saw the 3rd term agenda as a real and imminent threat against his vested political and other strategic interests. The truth therefore, is that the mass media is a veritable tool of political power struggle and control by the South West.

I may be mistaken, but I strongly believe that when the mass media was campaigning for power shift, I am not sure that they meant an Igbo or an Ijaw as president. The reality of an Ijaw man in the presidency now has upturned the apple cart and created a new dynamic in uncharted territories. How will it play out? What will be the historic character of the Jonathan presidency? What fundamental logic will underpin its vision and world view? Who and what, will frame its logic and who and what, will make its case?

Whose Govt is it, anyway?

The hard reality of Nigerian politics, civilian and military, is that governments even though ostensibly national in outlook, are in reality; narrow, ethnic and sectional. This is perhaps understandable, since Nigeria is a young nation, struggling very hard to achieve true nationalism. The main challenges of a young nation are often the lack of well developed and structured institutions of state which are usually the main anchors of a viable nation state.

So governments in developing nations often tend to depend on ethnic support as the main pillar of their governance. Indeed, the agitation for power shift and power rotation in Nigeria often derive from this reality. In other parts of the world, the contest is usually among political parties. Because the North and South West have been in power severally in the past, they have developed the institutions that underpin governments. The East has never really had the chance. Zik was a ceremonial president, while AguiyiIronsi was virtually a passenger. His callous and brutal murder underlined in bold letters the impotence of the East. Since Ironsi’s death, and the subsequent civil war, the East has remained a spectator in the pulsating drama of Nigeria’s politics.

Jonathan’s emergence however, is a tacit recognition by Nigeria’s power structure of the South South’s growing influence. That influence has been given added impetus in recent years by the strident campaign of the Niger Delta militants. The reality is that the South South has become a potent member of Nigeria’s power class. Unknown to many, it has become the richest zone in Nigeria with a total revenue in excess of N3 trillion, which is slightly lower than the national budget. But some have argued and there is some merit in the argument, that Jonathan’s emergence was part of the alleged campaign by the Yoruba and Hausa/Fulani oligarchy to further hold down the Igbo. (The usual political equation in Nigeria is to pair up the Igbo with the Hausa/Fulani North.) But in one bold stroke, OlusegunObasanjo changed the equation and altered the trajectory of Nigeria’s political history.

One of the most significant developments of the current political dispensation is the unprecedented Igbo support Jonathan received during the presidential election. However, as with most things Igbo,that support has not been accorded its due historical importance. Without dwelling too much on the issue, the reasons are obvious. The Igbo lack the mass media outlet to celebrate the issue and others couldn’t care less. In numerical strength, the Igbo unarguably packs the biggest homogenous political punch in voting numbers, never mind the voting figures per zone. The Igbo spread offers clear advantages. So their early identification with the Jonathan bid made the latter’s candidacy viable and forced other ethnic nationalities especially the Yoruba and Hausa/Fulani, to engage with Jonathan.

However, having won power, it will be interesting to see how Jonathan interprets his presidency. The South South or his Ijaw ethnic nationality, lacks the numbers and structure to anchor his power in the usual Nigerian tradition. So what will he do, in order to secure his presidency? Will he define his office in the context of a broad South East and South South collective, in which case he would incorporate the Igbos as part of his natural constituency and so offer himself a stronger base and greater chances of not only survival in office, but also success? Or will he pursue a nebulous concept of national government that will be only beholden to the Nigerian people and anchored on the ennobling virtues of nationalism?

The former prospect offers the most pragmatic, practical and viable option. Ordinarily, it should also be the most natural. But it is not as easy as it may seem. Space constraints will not allow me to explain why, but suffice it to say that it is hobbled abinitio. It is the preference of many Igbos, but sadly for them, it is not likely to happen. Nevertheless, towards the 2015 presidential elections, especially if Jonathan is interested in a 2nd term, he will make some show of promoting a pan Eastern platform. But then it might be too little, too late.

Jonathan’s preference will be the latter option, the nationalist characteristic, with Nigerians from different ethnic groups occupying strategic positions in his government and playing crucial roles. Already you can hear the sound bite; transformational government. But is that advisable, even if it were practical? Ideally, it would be nice to have a different approach to governance anchored on a new vision of Nigeria as one country of shared vision and common destiny. But it is a premature concept now. That day is still a long way off. The basic instinct of the Nigeria power class is still to cohere according to origin. That was why when Alhaji Umaru Musa Yar’Adua was president, he entrusted some of the most important offices to a select list of Northerners, for instance: Minister of Petroleum Resources; Rilwanu Lukman (Kaduna), Chief Economic Adviser; TaminuYakubuKurfi (Katsina), Minister of Finance; Shamsudeen Usman (Kano), CBN Governor; Sanusi Lamido Sanusi (Kano), Minister of Finance; Mansur Muhtar (Kano) and National Security Adviser; Saiki Mukhtar (Kaduna).