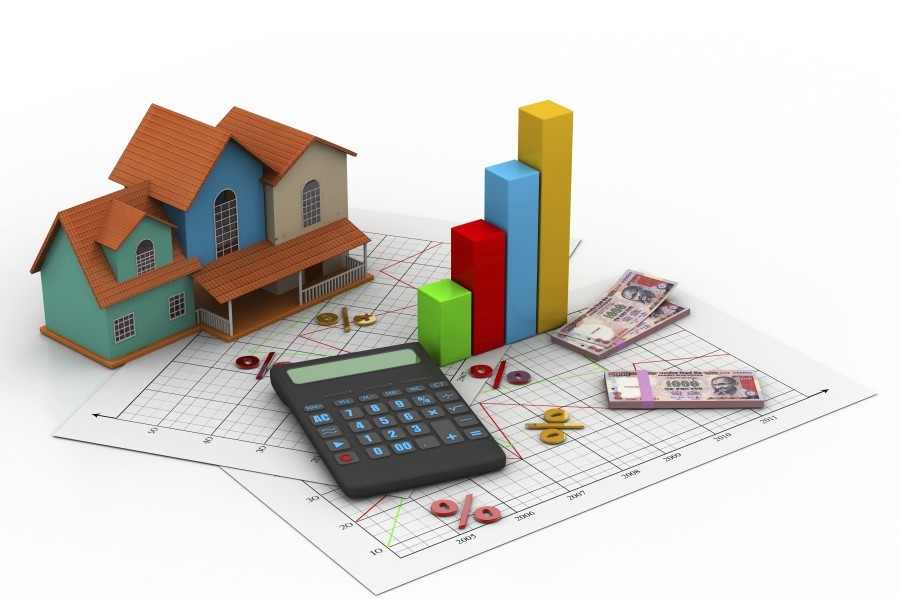 Without a deliberate and concerted policy change toward the provision of affordable housing in the country, Nigeria may have one of the highest property prices in the world as a result of expectedly unmet massive demand.
A recent report revealed that Nigeria will be the third most populous country in the country by 2050 after India and China, however, the country’s housing policy is dismal.
Expert projections show that by the year 2020, the current housing deficit of about 19 million units would have risen to 22 million, a development that could see prices rise to unimaginable high levels and make shelter unaffordable for the vast majority of Nigerians.
Figures released by World Bank show that as at August 2012, the country’s housing deficit stood at 17 million units.
Against this backdrop, the National Bureau of Statistics (NBS) has explained that for the country to meet its current housing demand, it needs to build and allot about 700,000 new housing units every year.

However, statistics show that the present yearly turnover stands at barely 100,000 per year, which is also largely undertaken through the efforts of private investors. The implication of this is that in each passing year, the country carries on a housing stock deficit of over 600,000 units.
Added to this is the burden of the ever growing population rate in the country as well as the increasing number of young professionals in the cities which invariably pushes up the demand scenario.
In Lagos for instance, several choice estates have been developed in the past two decades, namely, Lekki Phase 1&2, VGC, Parkview, Banana Estate, Nicon estate Eko Atlantic City etc, which compete with some choicest properties in the emerging markets. The same thing applies to Abuja, the Nation’s capital.

As the NBS report states, “Nigeria is in the midst of a housing boom primarily due to the great demand created by rising population.” It further noted, however that “demand for housing is simultaneously rising further down Nigeria’s income spectrum. Growing number of middle class young professionals have jobs in city centres. This represents the majority of city workers in white-collar jobs. Their salaries are well beyond the Nigerian average. Yet, there is no source of housing nearby that they can afford to rent, let alone buy.”
The consequence of the above is that there is growing demand for houses but little supply which instantly pushes up prices making houses difficult to afford for a large percentage of the population. It is this situation that leads to the demand by landlords for multiple year advance payment from prospective tenants.

According to Mr. Gasper Folorunso, a surveyor, the fact that there are a lot of people looking for houses in cities while these houses are in short supply forces prices to go up.
He explains that the deficit “is one of the reasons why houses are expensive in the cities. We are a growing country of almost 200 million people. Most of the country’s population is made up of youths who need houses. Thus population growth is a huge factor.”
Noticeably, Nigeria has witnessed increases in house prices at levels not matched by any other country.

In places like Lagos, Abuja and Port Harcourt, prices have continued to rise at unprecedented levels. According to realestateinvestingguide.com, housing prices rose by 284 percent between 2001 and 2011 in India. Russia comes behind with an increase of 209 percent within the same period. In Nigerian cities however, prices rose by 400-500 between 1998 and 2008 making it the highest in the developing world.
This, for private investors, is big business. And it’s not unexpected that they are taking advantage of it. However, mortgage facilities to encourage private investors into the sector have also become a disincentive to its development, as there are no bank loans for long term investment and most borrowers at outrageous interests often default in repayment, further compounding the problem.

Also, it must also be pointed out that it is more expensive to build a house in Nigeria than in any of the other countries mentioned. This is due mainly to the fact that materials for building are sourced overseas and the cost of perfect the deed of conveyance such as the Certificate of Occupancy, which legalizes land ownership, has been put beyond the reach of people by civil servants.
Mr. Roland Igbinoba, MD of FHA Mortgage Bank explains: “over 60 percent of materials used to build houses in the country are imported.” This, he noted, pushes up the cost of building which is later passed on to renters or buyers.

The situation has also introduced a scenario where only few private investors can afford to build houses frequently. Interestingly, they mostly prefer to invest in high end properties where they feel they will get higher return on investment. This is why in places like Victoria Island and Ikeja GRA, and Abuja there are many unoccupied buildings and their owners don’t mind since capital appreciation is also seemingly in their favour.
“When you buy a property, you either want rent or capital appreciation. Most of those people who have bought properties on the Island, look at capital appreciation and it’s a way of hedging against naira devaluation,” Mr. John-Bode Anthonio, an investor explained.

“You can’t have both,” he continued. “I would rather buy a property that will appreciate in capital than a property that will give me rent but no capital appreciation. If I buy a house of a hundred million in Ikoyi, it will appreciate by maybe 30 percent in another five years; it may double in 10 years.
“But on the mainland, appreciation may be five percent every year, maximum. So I will get people to rent it but I won’t get any capital appreciation. And investors are looking at capital appreciation, that’s why these houses are not occupied but people own them; they don’t mind,” Anthonio concluded.
The scenario throws up another twist; while these houses have been built, they are essentially not supplied, at least not to those who need them because only few individuals can afford to buy. A dichotomy is thus created between those who need a roof over their heads and those after luxury goods.
“Demand is characterized by high inequality, creating dichotomy between demand for luxury, secure accommodation for high income earners and low affordable housing for the masses,” the NBS report stated.

The important questions therefore are: what are the challenges and are there possibilities that the current trend could be reversed?
Anthonio identified lack of funds as a major constraint. Added to it, he said, is the unfriendly role of government.
“Capital is required; we don’t have the capital, we don’t have the wherewithal. Capital in the sense that we have to build houses to meet the deficit. You have to build houses at the rate at which you build cars. You can’t be building houses one on one; which year will you finish?” he wondered.
”Government has also not been able to set the pace in what we want. You pay for certificate of occupancy, you pay for this and you pay for that, the burden is heavy” he said.

Igbinoba however, thinks otherwise. He insists that the problem is not lack of funds but lack of a good structure to facilitate a process of building and delivery to end-users. “It is not a matter of lack of funds. How does lack of funds affect the time you get consent? How does it affect the fact that there is no foreclosure law in the country; that people will default on their mortgages and they are not able to foreclose?”
“How does having money make sure that you have developers who have the requisite capacity and knowledge? How does it solve the problem of the manufacturing market? Do we have enough manufacturing companies for roofing sheets?” he queried.

To turn the tide and avoid the evil day nonetheless, there is indeed a growing consensus that the government needs to do a lot more.
“To turn things around, we need experts; we need people who understand both policy and practice and can actually turn the sector around. That’s what I am saying; people who will sit at the Federal Executive Council and be able to have conversations along the lines of housing finance and how it affects economic development. And in that light, they should be able to draw policies that people will benefit from,” Igbinoba said.
For Folorunso, the solution lies in government making efforts to develop rural areas in order to make living in those areas more attractive. “There is need for the government to develop the rural areas so people won’t have the need to migrate to the cities.
“Presently you have a situation where everyone believes they have to come to Lagos, go to Abuja, Enugu, Port Harcourt or Calabar in order to live decently. This is why there are too many people in the cities and these cities cannot accommodate everyone,” he concluded.
In the 1970 and 80s government took bold steps to address the housing challenge in the country. During 1970s, the regimes Gen. Yakubu Gowon’s and Gen. Olusegun Obasanjo built several housing estates such as Gowon estate, Festac Town, Satellite Town whilw Lateef Jakande built several low cost houses in the 80s; also President Shehu Shagari had a policy of building 1000 low cost houses in each of the 19 states of the federation.
Since successive government had only paid lip service to housing and the Federal Housing Authority, FHA, established for that purpose became comatose.