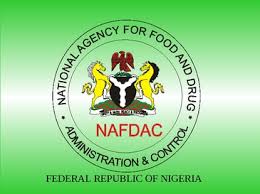 The Director-General of National Food, Drugs Administration and Control (NAFDAC), Dr Paul Orhii, has renewed the agency’s determination to eliminate influx of fake and expired drugs into Nigeria.

He said this yesterday in the Emir of Ilorin’s palace when he paid a courtesy call.

Orhii assured the emir that the agency would work out modalities to detect expired drugs as it has done in detecting fake drugs.

The director-general said the agency was still investigating the local gin that killed some people in Ode-Irele in Ondo State.

Orhii solicited the support and cooperation of corporate organisations and individuals to enable the agency to get rid of counterfeit drugs.

He expressed dismay that some expired drugs have killed unsuspecting Nigerians, appealing to NAFDAC to tackle the menace.

According to the traditional ruler, the detection of expired drugs will go a long way towards protecting lives of many Nigerians.

He also advised the agency to intensify its effort in campaign against manufacturing and use of counterfeit drugs.

However, Sulu-Gambari lauded NAFDAC for putting in place machines that detect fake drugs pushed into the Nigerian market by the peddlers interested in making quick money at the expense of lives of the innocent people.

The royal father pledged his readiness to provide land for NAFDAC in llorin for cattle breeding to allow the state become a major cattle market in the North-Central geo-political zone of Nigeria.