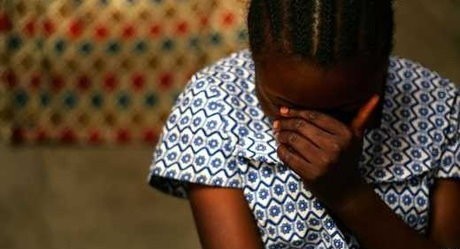 Samson Ndubuisi, 31, who allegedly had canal knowledge of an 11-year-old boy, was on Wednesday made to stand before an Apapa Magistrates’ Court, Lagos.

The accused, a resident of No. 3/4, Umuaka Close, Ilufe Junction, Alaba Market, Lagos, is standing a trial on a two-count charge of conspiracy and sexual assault by penetration.

In his account, the Prosecutor, ASP Soji Ojaokomo told the court that the accused committed the offences on April 12 at his apartment stating he had the canal knowledge of the boy without his consent.

The complainant said  “on that fateful day, he went to fetch water at one Mrs Doris Ezenwa’s company,” adding that “He said while he was fetching water, the accused called him and took him to a room where he forcefully had canal knowledge of him through the anus.

Metroscope finds that each time the boy went to fetch water Ndubuisi would take him to the usual spot and have sex with him and bribing him with N100 each time he slept with him.

“The 11-year-old boy said they were caught by two men, who were Ndubuisi’s colleague at the water company” Reported Ojaokomo noting fuether that “the boy said the accused threatened to kill him if he dare tell his parents about it.”

Ojaokomo however anchor the offences on the provision of Sections 259 and 409 of the Criminal Law of Lagos State, 2011 while the accused pleaded not guilty.

Patrick Adekomaiya, Magistrate, granted the accused bail in the sum of