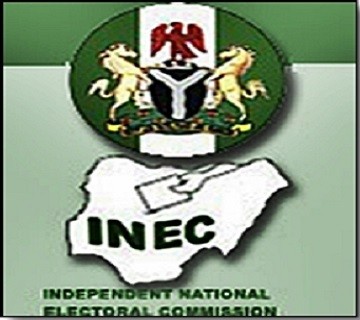 Unarguably, election are the foundations of any democracy and its management bodies in modern representative government are as important as the elections they oversee. This is because as umpires they should ensure that results of elections are genuine outcomes of the exercise of universal adult suffrage.

Indeed, the success or otherwise of any election can easily be traced to the doorsteps of the electoral umpires. That is why the body is supposed to be insulated from external control and influence; open and transparent in relating with all stakeholders; credible in its dealings and seen to be fair to all, ensuring level playing field for all political actors and at all times, ensure best international practice and standards.

In Nigeria, from Independence to 1983, efforts at sustenance of democracy came to naught largely because of the failure of erstwhile electoral bodies to conduct free, fair and credible elections. And these were traceable, to a large extent, not only to the calibre of persons at the electoral bodies, but the commitment of government to fair polls. Obviously, those who make up the composition of electoral bodies are as important as the election they superintend, especially the head.

Interestingly, the appointment of Professor Attahiru Jega, a former vice-chancellor of the Bayero University Kano (BUK) and former president of the Academic Staff Union of Universities (ASUU) as INEC chairman seemed to have changed the pathetic story of electoral bodies in the country. Previously high court judges and senior academics had been appointed to the post; Jega was not the first although he was the first activist.

Before Jega’s appointment by former President Goodluck Jonathan to replace Prof. Maurice Iwu, INEC’s reputation as an electoral midwife was at its lowest ebb. Hence his appointment was greeted with optimistic fervour informed by his perceived personal integrity.

Jega, who bowed out of office on Tuesday, June 30, 2015 after five years, brought innovations into the electoral process by introducing the automatic finger print identification system, which cleaned up, significantly, the voters’ register which was riddled with all manners of names.

The introduction of Permanent Voter Cards (PVCs) and the Card Reader Machines (CRMs) by him during the 2015 elections for the verification and accreditation of voters are sterling innovations that may have reduced incidences of electoral malpractices, which have been the blight of democracy in the country.

Before the introduction of the PVCs, electoral manipulations had characterised polls in the country. Its introduction reinvigorated the confidence of Nigerians in the electoral process that made PVCs to become one of the most sought for items before the 2015 elections.

That the outcome of the 2015 election was generally accepted by is function of the credibility that Jega brought into the process.

The use of vice chancellors of university and other tertiary institutions as returning officers also brought a measure of integrity into the process and added value to the election management body.

As President MuhammaduBuhari searches for a substantial INEC chairman, it is imperative that all the qualities and more found in Jega should constitute the next chairman’s credential. Undoubtably, the bulk of the work to reform INEC has been done by former Professor Jega, who has brought in quality changes to election management in the country; it is pertinent that the person coming, or the present acting chairperson, Ms AminaZakari, must build on the successes recorded by Jega.

Understandably, Jega has started institutionalisation of the body, it is worth mentioning that building an institution is a continuous process, which the next person, or even Zakari, for that matter, must see as a priority. Following historical antecedents, regrettably, when new officials take office they tend to jettison completed and unfinished processes of their predecessors, even when such are laudable developments.

The new person should think of retaining the confidence of Nigerians within the institutional framework already existing in INEC and also go further by introducing perhaps electronic voting that will make the polls more auditable, transparent, secure and accurate since it helps to reduce human error. This will make results in come faster and build trust and also increase engagement and voter turnout.

Much also depend on the willingness of the president to give the person free hand to operate. It must be stated also that the success achieved by Jega is a direct reflection of the independence he enjoyed from government. Hence we are concerned about the current controversy over the appointment of an acting chairman.

This newspaper believes that with the progress already recorded under Jega, the country has an opportunity to advance its democracy. So the new person should not only be independent minded and of high integrity, but should also reappraise holistically the last elections to advance the course of the election management body. This is the way forward to sustain this nascent democracy.