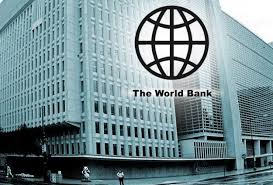 The World Bank says inflation pushed not less than seven million Nigerians into poverty in 2020.

The Bretton Woods Institution made the disclosure in a report, ‘World Bank’s Nigeria Development Update (NDU) Resilience Through Reforms,’ released on Tuesday.

“The impact of higher inflation is severe: In 2020, rising prices alone—even without incorporating the direct impacts of COVID-19 on welfare— may have pushed an estimated 7 million Nigerians into poverty,” the bank said of Nigeria.

This is contrary to the claim made by President Muhammadu Buhari in his Democracy Day broadcast on June 12, where he said his government had lifted over 10million Nigerians out of poverty in the last two years.

The bank added, “Driven by a steep increase in food prices, since September 2019 headline inflation has risen dramatically. Although inflation declined slightly in April 2021, it is still the highest in four years. In contrast to previous inflationary episodes in Nigeria, the current trend arises from multiple demand and supply shocks, compounded by policy distortions and the exigencies of the pandemic.”

Highlighting the effects of unemployment and underemployment on the country, World Bank said, “Marginally employed workers become prime recruiting targets for criminal organizations and insurgent groups like Boko Haram. Intensifying violence and widespread criminality further erode the labor market, contributing to a vicious cycle of underemployment and instability. Creating adequate productive employment is thus a priority not only for economic policy but also for national security.”

Speaking at the launch of the report in Abuja on Tuesday, Country Director for Nigeria, Shubham Chaudhuri, said Nigeria faces challenges in relation to inflation and limited job opportunities, while noting that GDP per capita is expected to continue to decline.

“Nigeria faces interlinked challenges in relation to inflation, limited job opportunities, and insecurity,” he said. “GDP per capita is projected to continue declining because the economy is forecast to grow more slowly than the population.”

The report noted that the economy rebounded from its deepest recession of 2020 since 1983 because of reforms implemented, which were critical and timely to alleviate the impact of the recession on the economy and to create additional fiscal space.

The COVID-19 crisis slowed down the economic; the external context was marked by capital outflows, intensified risk aversion, low oil prices, and shrinking foreign remittances. The World Bank also warned that stopping the reforms introduced in 2020 would threaten the pace of recovery and limit the government’s ability to address gaps in human and physical capital. The report discusses policy options to reduce inflation, protect the poor and vulnerable and support economic recovery.

“Accomplishing these goals will require a big push in exchange-rate management, monetary policy, trade policy, fiscal policy, and social protection. Some specific recommendations to boost the economy and welfare of citizens the following: “Increasing the transparency and predictability of exchange rate management policies to reduce distortions in allocations in the private and public sector; and to ensure that agents can access foreign exchange in a timely and orderly manner, at an agreed rate.

“Clearly defined monetary-policy priorities and objectives, with price stability as the primary goal.

“The resumption of naira-denominated open-market operations (OMOs) based on a transparent issuance schedule, and signal to markets that OMOs will use short-maturity securities to achieve price stability.

“Full and effective reopening of land borders for trade and strengthening regional cooperation to combat smuggling.

“Facilitation of imports for staple foods and medicines by removing them from the list of foreign exchange (FX) restrictions and replacing import bans and with tariffs that align with the ECOWAS Common External Tariff.

“Establishing mechanisms to monitor and report the federal government’s stock of Central Bank overdrafts to control the growth of the money supply.

“Full elimination of the petrol subsidy; and design of sequenced reforms to mobilize domestic non-oil revenue in a way that does not affect the economic recovery, including increasing excise taxes on harmful consumption goods, rationalizing tax expenditures, removing loopholes in tax laws, and improving tax compliance by strengthening revenue administration.

“Complementing the NASSP with the National HomeGrown School Feeding Program (NHGSFP) to strengthen the food security of vulnerable households in 26 States: and rapidly implement the World Bank-supported CARES project to support households, farmers, and firms. The report suggested the economy would grow by 1.8 per cent in 2021, “though there is high uncertainty about the outlook.

“The recovery would be driven by rise in oil exports and in domestic demand. However, Nigeria’s recovery is expected to underperform those of other oil producers, and an unexpected shock to oil prices could threaten the modest growth projected.

“Moreover, high inflation and high unemployment exacerbate macroeconomic risks, and activity in the tertiary sector will not fully normalize unless COVID-19 is contained