Home Features In Indonesia no mercy for drug traffickers 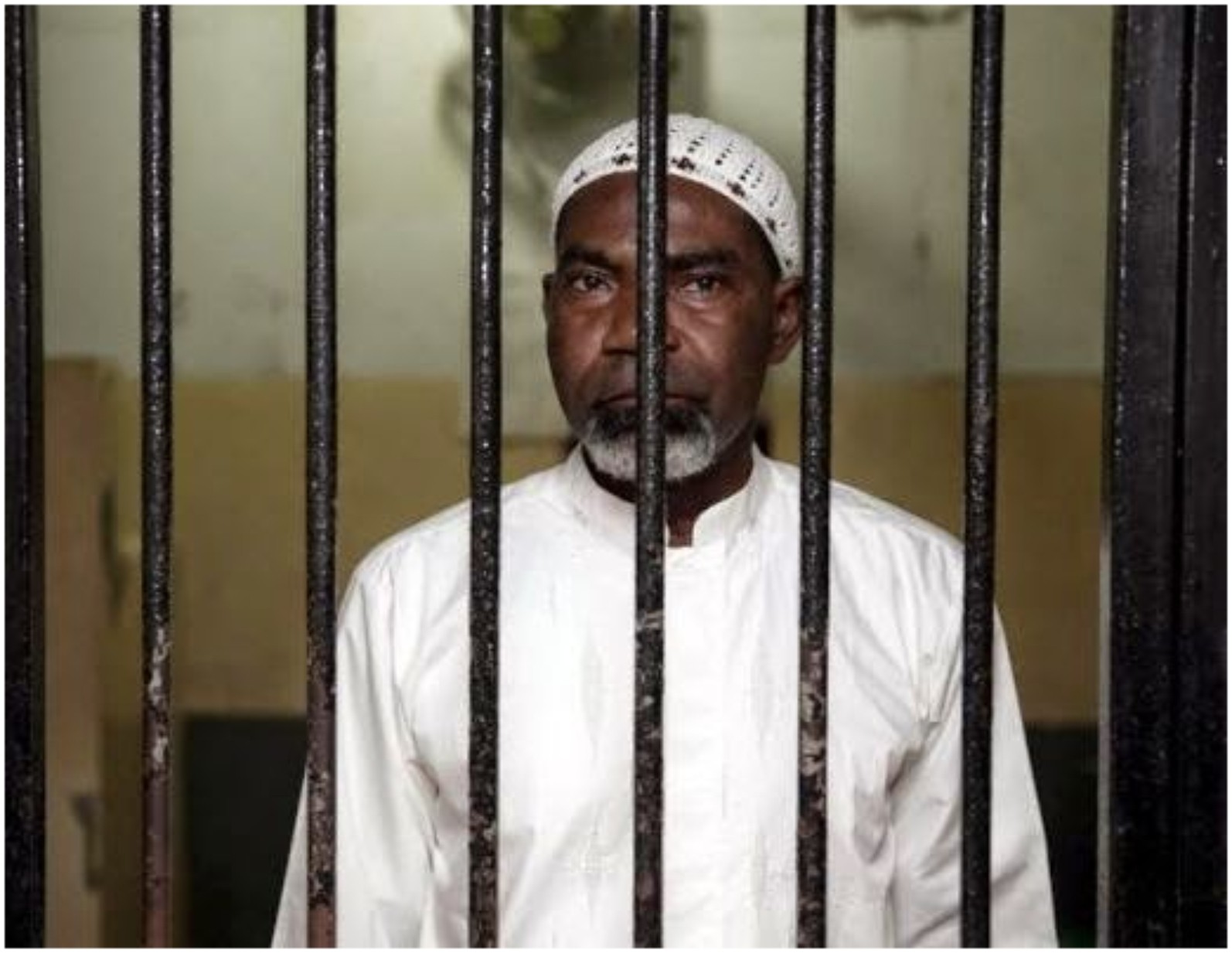 Indonesia may not be a pitiless nation buthas no room for mercy in handling drug traffickers. This was further underscored Wednesday CILwhen a 13-member firing squad executed eight convicted drug-traffickers from different countries.

The latest executions came in defiance of enormous international pressure for a change of heart of President JokoWidodo. Leaders of Brazil, Australia and United Nations Secretary General Ban Ki Moon, all hard their passionate personal appeals turned down.

Those executed included two Australians, MyuranSukumaran and Andrew Chan, who were convicted in 2006 as leaders of the “Bali Nine” heroin-smuggling ring. The others included four Nigerians, a Brazilian and an Indonesian. All eight had been in prison for years, convicted of possessing or trafficking drugs like heroin, cocaine and marijuana.

The decision to proceed with the executions “represents for most Indonesians a return to the regular order under a president who is unafraid to enforce Indonesian laws, even when placed under intense pressure to offer foreigners special dispensation,” Aaron Connelly of the Sydney-based Lowy Institute for International Policy wrote this week. “To most Indonesians, this is reform.”

The leaders of Australia and Brazil had made personal appeals for clemency for their citizens among the group, raising the stakes for Indonesia’s new president, JokoWidodo, who has stepped up the pace of executions since coming to office.

Australia has deep commercial and political ties with Indonesia, while Brazil has a $5 billion trade surplus with Southeast Asia’s biggest economy. Brazil is at risk of losing a major military export deal to Indonesia over the executions row.

“We respect Indonesia’s sovereignty but we do deplore what’s been done and this cannot be simply business as usual,” Prime Minister Tony Abbott told reporters in Canberra, adding that ambassador Paul Gibson would return to Australia by the end of the week.

“I want to stress that this is a very important relationship between Australia and Indonesia but it has suffered as a result of what’s been done over the last few hours.”

Recalling an ambassador is a step rarely taken by Australia, and never previously taken over a prisoner execution. Still, Abbott cautioned against a trade or tourism boycott, as the hashtag #boycottIndonesia trended on twitter.

The Brazilian government said in a statement that it was shocked by the news, which marked the second execution of a Brazilian in Indonesia in three months despite President DilmaRousseff’s personal humanitarian appeals.

Brazil’s foreign ministry said it was evaluating ties with Indonesia before deciding what action to take, but said it had no plans at present to replace its former ambassador in Jakarta who had been recalled after the first execution in January.

“Given the lack of a satisfactory reply to our appeals, this has to be evaluated to decide what attitude we will adopt towards Indonesia from now on,” Deputy Foreign Minister Sergio Franca Danese told reporters.

Earlier, Jakarta rejected last-ditch pleas from around the world for clemency to be granted to the eight drug traffickers, who also included nationals from Nigeria and Indonesia. But it unexpectedly spared a Filipina who was on death row with them.

A spokesman for the Attorney General’s Office said it had delayed the execution of Mary Jane Veloso, a housemaid and mother of two who was arrested in 2010 after she arrived in Indonesia with 2.6 kg of heroin hidden in her suitcase.

He said the delay came in response to a request from Manila after an employment recruiter, whom Veloso had accused of planting the drugs in her luggage, gave herself up to police in the Philippines on Tuesday.

Tales of the Nigerian 4

Martin Anderson, 50, was arrested in Jakarta in 2003 on a charge of possessing about 1.8 ounces of heroin and was accused of being part of a local drug ring. He had traveled to Indonesia on a fake Ghanaian passport and has been incorrectly identified as Ghanaian.

He was sentenced to death in 2004. According to his lawyer, Kusmanto, who like many Indonesians uses one name, Mr. Anderson was shot in the leg during his arrest — a method the Indonesian police are sometimes known to use when apprehending a suspect — and remains bothered by the wound till his execution.

Nwolise
SilvesterObiekweNwolise’s story, as told by his wife, is similar to those of other Nigerians on Indonesia’s death row for drug trafficking. Unemployed in Lagos, Nigeria’s largest city, he was lured to Pakistan by fellow Nigerians on the promise of a job with good wages.
But once in Pakistan, instead of a job, he got an offer to swallow some capsules – filled with goat horn powder, his wife, Fatimah Farwin, says he was told – and fly to Indonesia.
“They said they didn’t want to pay tax on it,” Ms. Fatimah said. “When he arrived at the airport in Jakarta, the police saw him – I don’t know how – they caught him and X-rayed him, and they found it and it was drugs.”

Arrested in 2001, Mr. Nwolise was convicted the following year of bringing 2.6 pounds of heroin into the country, and was sentenced to death.
During his trial, according to Ms. Fatimah, Mr. Nwolise had no translator, and his Indonesian lawyer could barely communicate with him. She said that a judge, through an intermediary, offered to sentence him to prison rather than death if he paid a bribe of 200 million rupiah, worth about $22,000 at the time.
“But he was just a poor courier. He didn’t have any money,” Ms. Fatimah said.

Ms. Fatimah, who is Indonesian, met Mr. Nwolise in prison in 2007, when she was accompanying a friend who was visiting another inmate. The two married later that year; they have since had two children, now 5 and 3, but she has not brought them to see him since they were infants. She has told them that their father is working in an office in another country.

In January, the Indonesian police accused Mr. Nwolise of running a drug syndicate from prison. No charges were brought, but Ms. Fatimah, who says emphatically that her husband is innocent of the accusation, believes it resulted in his beings just executed.

JamiuOwolabiAbashin was living on the streets of Bangkok in 1998 when a fellow African living there took pity on him and brought him home. Shortly thereafter, according to Mr. Abashin, his new friend asked whether he wanted a quick-paying job, in which he would get $400 for bringing a package of clothing to the friend’s wife in Surabaya, Indonesia, where she sold used shirts and pants.
Mr. Abashin readily agreed, but soon wished he hadn’t: The package contained nearly 12 pounds of heroin, and he was arrested after landing at Surabaya’s airport. Mr. Abashin, who was traveling on a false Spanish passport, contended he was duped.

He was convicted in 1999 and sentenced to life in prison, which was reduced to 20 years on appeal. State prosecutors challenged the sentence reduction before the Indonesian Supreme Court, which in 2006 sentenced Mr. Abashin to death.
In a request for presidential clemency in 2008, he admitted knowingly smuggling the drugs. The request was denied in January.

The Indonesian government refers to him as RaheemAgbaje Salami, the name on the fake Spanish passport he was using when he was arrested.
UrsaSupit, an Indonesian legal activist who is advocating on Mr. Abashin’s behalf, says that because he had no money, he was assigned a state lawyer for his trial and had no legal counsel when he appealed to the Supreme Court.

Known in Indonesia’s penal system as “The Death Row Gospel Singer,” Mr. Oyatanze, 41, was arrested in 2001 while trying to smuggle 5.5 pounds of heroin through Jakarta’s international airport, in his stomach, after arriving on a flight from Pakistan. He was convicted the following year and sentenced to death.

Mr. Oyatanze has made the most of his incarceration, writing more than 70 songs and recording multiple albums behind bars. He has performed with prison guards as well as fellow inmates.
In the video, shot in 2008, Mr. Oyatanze sang his song “God You Know,” which was also the name of an album he released that year.
“He has turned his life around in jail,” said Rev.Fr Charles Burrows, a Catholic priest from Ireland who now lives in Indonesia and was offering religious counseling to Mr. Oyatanze as he awaited his execution.

Raised in southeastern Nigeria, Mr. Oyatanze started a garment business in 1999, traveling to Indonesia to buy clothing and resell it in Nigeria. The business collapsed, and Mr. Oyatanze, heavily in debt, traveled to Pakistan to try to revive it, at the suggestion of a fellow Nigerian living there.

The plan involved swallowing capsules of heroin before boarding a flight to Jakarta. “There was a chance to earn some easy money, so he became a courier,” Mr. Burrows said.